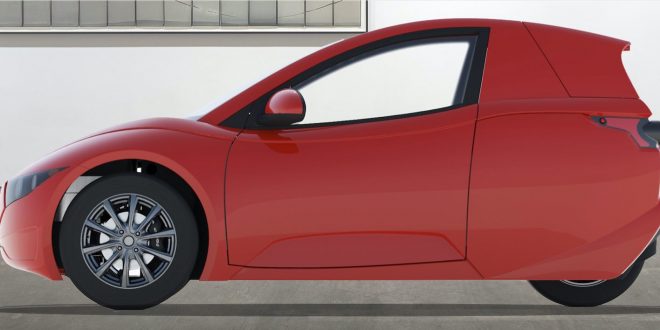 More than a hundred investors, reservation holders and dignitaries were on hand to witness the Electra Meccanica Solo’s production test run on a closed performance circuit.

“Today’s first track test of the Electra Meccanica Solo is the result of the incredible hard work and determination by our engineering team,” said Electra Meccanica’s CEO, Jerry Kroll. “We are now one step closer to bringing the first Canadian designed and built production electric vehicle (EV) to the world.”

The Solo wowed the attendees with its advanced composite frame that provides substantial strength and rigidity, while weighing just over 17kg (38 lbs.)

Not only is the Solo light, it’s fast. During the test, the vehicle clocked a 0-100kph time of 8 seconds and reached a top-speed of 120km/hr without compromising handling.

“Because our engineering team’s speciality is building world-class sports cars, we focused on applying what we’ve learned over the last 50 years to the Solo,” said Chief Engineer Henry Reisner. “The batteries are slung low along the frame of the car so as to create and extremely low centre of gravity, providing excellent handling.”

While Mr. Kroll had the honour of the maiden voyage, test driver Dr. Robert Tarzwell put the Solo through its paces on the track. “This vehicle is going to make people very happy when driving it, you really feel that it has a solid presence and it’s incredibly responsive and engaging, ” said Tarzwell.

The event was a precursor to the upcoming launch of the full production Solo in July of this year. To date, more than 100 individuals have put down a $250 deposit to purchase a Solo, on top of the more than 20,500 commercial orders the company has received.

Web articles – via partners/network co-ordinators. This website and its contents are the exclusive property of ANGA Media Corporation . We appreciate your feedback and respond to every request. Please fill in the form or send us email to: [email protected]
Previous: Vancouver sports journalist Greg Douglas remembers Muhammad Ali
Next: Ben Gerring: Australian surfer dies in Hospital after WA shark attack