Home » World » Eminem: Rapper coming out with ‘The Slim Shady LP’ on cassette 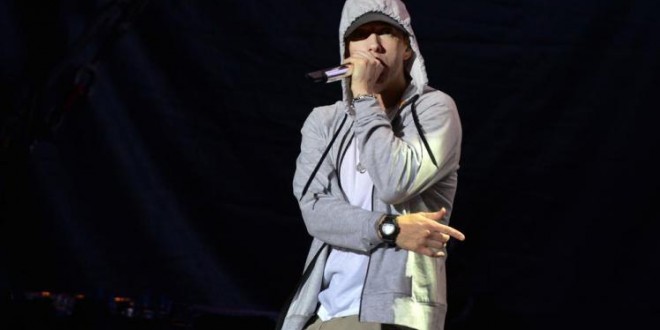 Eminem: Rapper coming out with 'The Slim Shady LP' on cassette

Eminem: Rapper coming out with ‘The Slim Shady LP’ on cassette

Eminem says he plans to re-release his album from 1999 on cassette, according to a tweet.

Eminem hasn’t released a date, but he made the announcement via Twitter saying the tape is “coming soon.” The tweet also provides a link to his website where fans can sign up for an early access to the cassette and exclusive merchandise.

Interestingly enough, with the latest and greatest in technology coming out these past few years in music, the cassette has made a quiet comeback beginning with Urban Outfitters in Oct. 2015.

Complex reported Eminem seemed to be very excited about this comeback and the rapper even has merchandise coming for his LP, which can be seen on his website.

The Slim Shady LP was released on February 23, 1999 and has sold around 5 million copies. Some of his most popular songs from the album include “My Name Is,” “Guilty Conscience,” “Just Don’t Give a F–k” and more.

Billboard reported Eminem has been had a low profile recently, but he is scheduled to perform in South America for the Lollapalooza music festival. Some of the countries include Brazil, Argentina and Chile.

Web articles – via partners/network co-ordinators. This website and its contents are the exclusive property of ANGA Media Corporation . We appreciate your feedback and respond to every request. Please fill in the form or send us email to: [email protected]
Previous: ‘Zootopia’ Box Office Success Proof of Disney Animation Renaissance (Trailer)
Next: Buffalo Most Anti-gay City In America? Study pins Buffalo as source of high number of anti-gay, racist tweets