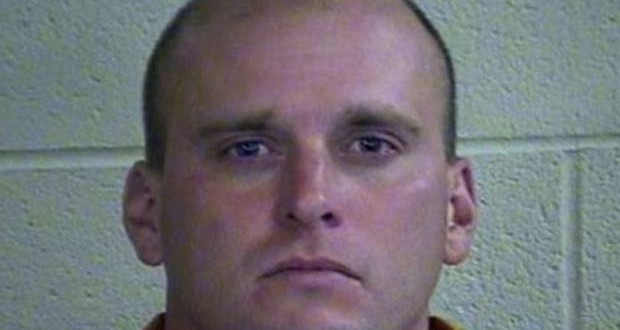 A wedgie is normally a teenage prank. In this case, it’s the basis for a murder charge. Police in Oklahoma have charged a 33-year-old man with killing his stepfather by giving him an atomic wedgie.

Davis has apparently claimed self-defense, saying that his stepfather “jumped him” while he was visiting the home.

Deputies investigating St. Clair’s death found his underwear pulled up his back and over his head.
The waistband was found around the victim’s neck.

The victim also suffered head trauma and asphyxiation, and the State Medical Examiner has ruled the death a homicide.

The case is now in the hands of the District Attorney, and Davis will likely face a murder charge.
St. Clair’s wife, Tressia St. Clair, had filed an emergency protective order against her estranged husband in 2008.

A judge made that order permanent in April, 2011, according to court records.
She had filed for another protective order as early as 2004, but that one was dismissed.

Web articles – via partners/network co-ordinators. This website and its contents are the exclusive property of ANGA Media Corporation . We appreciate your feedback and respond to every request. Please fill in the form or send us email to: [email protected]
Previous: James Cameron to shoot 3 ‘Avatar’ sequels in New Zealand
Next: Lucas Irwin surprises family with weight loss (VIDEO)