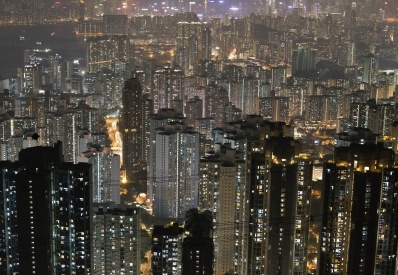 Expatriates in Caracas have the toughest time when it comes to cost of living, with the city topping a new survey that analysed the price of day-to-day essentials in locations across the world.

According to the latest Cost of Living survey produced by consulting firm ECA International, the capital of Venezuela has jumped seven places to take the top ranking, knocking Japan’s Tokyo off the top spot.

The survey notes that a typical brew at a bar in Singapore costs a whopping $13.47. That’s 45% more than a beer in Beijing, which is the world’s 15th most expensive city, and 39% higher than one in Tokyo, which is the 10th most expensive place for foreigners. Even Hong Kong, with its similar overall cost of living, has comparatively inexpensive beer, at $9.18—a difference of $4.29 per bottle. Indeed, other goods in Singapore, like milk, eggs, and bread, are similarly priced or markedly cheaper in Singapore than other Asian cities.

So what gives? While data comparing excise taxes on alcohol between cities are difficult to come by, one clear factor seems to be Singapore’s steep “sin tax” on booze. “For social and/or environmental reasons, Singapore levies high excise taxes on beer, wine and liquor, tobacco products, motor vehicles and petroleum products,” according to the US government. So while some consumer goods may be relatively cheap, Singapore wants to discourage alcohol consumption, reap a financial windfall from those who do drink—or both simultaneously.

Another factor may be that citizens in Singapore, which has the world’s seventh highest gross domestic product per capita, at $61,400, have expensive tastes, and the market is responding with more high-end brews. ”Craft beers gained in popularity as consumers became more adventurous and willing to try new exotic flavours of beers,” said consumer strategy research firm Euromonitor International in a report on 2012 alcohol consumption trends in the city-state. ”Microbreweries in Singapore introduced their own craft beer flavours which are manufactured in limited amounts.”

Web articles – via partners/network co-ordinators. This website and its contents are the exclusive property of ANGA Media Corporation . We appreciate your feedback and respond to every request. Please fill in the form or send us email to: [email protected]
Previous: Helping people to find and stay in work
Next: Snowden documents: NSA Uses Google Cookies to Track Targets