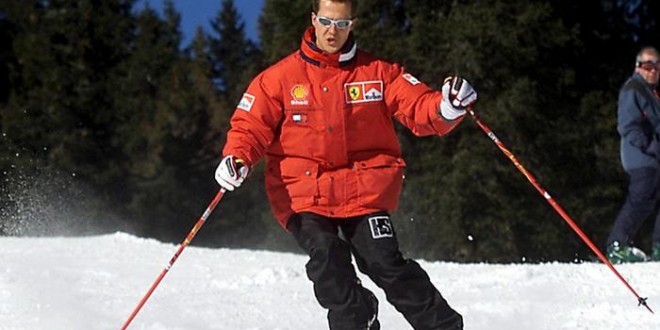 Retired Formula One legend Michael Schumacher is in hospital after suffering a “serious” head injury in France while skiing Sunday, according to the French Alps ski resort he was in and police who gave him first aid.

The 44-year-old German was being treated in a hospital in Grenoble, the Meribel resort said, adding that the seven-time F1 world champion’s injury was not life-threatening.

However, the manager of Meribel has told RMC Sport that Schumacher was “wearing a helmet and banged against a rock.”

He added that the 44-year-old was “shocked, a little shaken but conscious” when he was taken to hospital.

Christophe Gernignon-Lecomte continued saying: “I do not know the severity of the injury.

“The police are currently conducting their investigation into the origins of the fall.”

F1 journalist James Allen is reporting that his sources have revealed that “the injury is serious, but not life threatening.”

Meanwhile, Schumacher’s PA Sabine Kehm released a brief statement confirming the injury but not giving any details of it.

“Michael suffered a head injury in a private ski trip in the French Alps. He was hospitalised and is receiving professional medical care,” she said.

“We ask for understanding that we cannot give continuous information about his health. He wore a helmet and was not alone.”

Web articles – via partners/network co-ordinators. This website and its contents are the exclusive property of ANGA Media Corporation . We appreciate your feedback and respond to every request. Please fill in the form or send us email to: [email protected]
Previous: Romanian director Dinu Cocea dies at 84, daughter says
Next: Final Newtown school shooting report released : Details