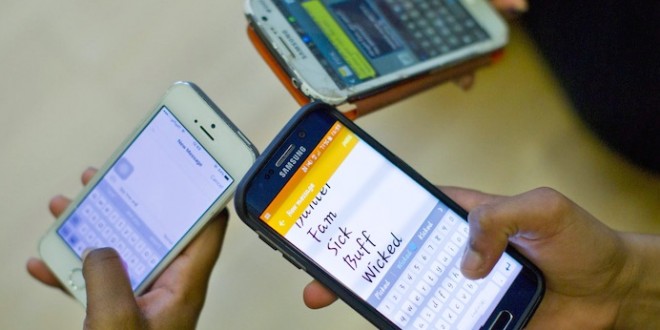 Facebook wants to build a glossary of new slang, Report

Facebook wants to build a glossary of new slang, Report

Facebook was recently granted a patent for software capable of building a dictionary of slang terms used on the social network.

The software will scan for unique words used in Facebook posts and comments, and determine if these words have a particular meaning among a small group of people, Business Insider reports. In other words, the software will attempt to predict slang before it becomes popular.

The company secured this patent in February, and will now keep an eye on posts and messages on the social media platform. Traditionally, terms such as “cyberspace,” “freelance” and “hardboiled” have graduated from the neologisms brand to become a part of our spoken network. Less popular terms such as “virus of the mind” and “telecrastination” are neologisms that are not nearly as popular, but will now be tracked by Facebook.

According to the Facebook patent, Facebook aims to discover new textual terms as soon as they begin to spread. The software will then cross-reference the term to ensure that it does not already have a known meaning, after which the term will be added to the glossary. The glossary information will then be revealed for social networking uses, and Facebook will evaluate user feedback to determine which terms should be kept in the glossary. Given that Facebook will remove obsolete terms from the glossary, the company perhaps aims to keep a list of the most trending and happening words on the social network.

According to the Facebook patent, neologisms that qualify for a place in the network’s glossary include things such as “slang, terms of art, portmanteaus, syllabic abbreviations, abbreviations.” The company will not shy away from including acronyms, nicknames, and “re-purposed words or phrases.” Given that terms such as “LOL,” “facepalm,” and “feels” have been added to the official dictionary, Facebook perhaps wants to keep an updated dictionary as well.

Web articles – via partners/network co-ordinators. This website and its contents are the exclusive property of ANGA Media Corporation . We appreciate your feedback and respond to every request. Please fill in the form or send us email to: [email protected]
Previous: Special forces raid reportedly kills ‘Al-Shabab extremists’ target in Somalia
Next: Men, women, and children attend rally for more midwifery support