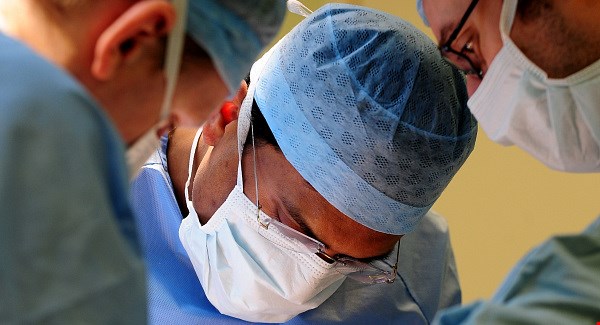 Surgeons in Cleveland say they have performed America’s first uterus transplant. The aim is to give women who lack wombs a chance at pregnancy.

A 26-year-old woman underwent the nine-hour operation on Wednesday, setting the stage for a future pregnancy — and what might possibly become a routine procedure in US hospitals.

The unidentified woman, who received the transplanted uterus from a deceased organ donor, is currently in stable condition. Cleveland Clinic doctors are closely monitoring her health, but are making no further comments for the time being. The surgery was led by Dr Andreas G. Tzakis, who has performed thousands of organ transplants over his career.

The procedure is meant to enable a woman who has either lost her uterus to disease, or who was born without one, to become pregnant and give birth. In about a year, the patient will undergo in vitro fertilisation. Prior to the surgery, she had her eggs removed and fertilised with her husband’s sperm. The embryos are currently waiting in cryogenic storage. Should everything go well with a future pregnancy and birth (or two), her uterus will then be removed; the transplant is only meant to be temporary. Once removed, she can stop taking anti-rejection drugs.

The Cleveland Clinic research team has been working closely with European surgeons and is currently screening for other transplant candidates who have Uterine Factor Infertility (UFI), an irreversible condition affecting three to five per cent of women worldwide. In the United States, around 50,000 women are potential candidates for the procedure. The team has been given permission by the hospital’s ethics panel to perform ten such procedures to assess viability, and to see if it could become a routine procedure.

Prior to the operation, Tzakis travelled to Sweden, where he worked with doctors at the University of Gothenburg — the only other facility in the world to have performed successful uterus transplants. Thus far, they have done nine transplants, with the uteruses coming from living donors. At least four of these transplants have resulted in babies.

Web articles – via partners/network co-ordinators. This website and its contents are the exclusive property of ANGA Media Corporation . We appreciate your feedback and respond to every request. Please fill in the form or send us email to: [email protected]
Previous: Researchers build model biological supercomputer
Next: Canadian Man Who Smuggled 38 Turtles in His Pants Banned From ‘Owning Them’