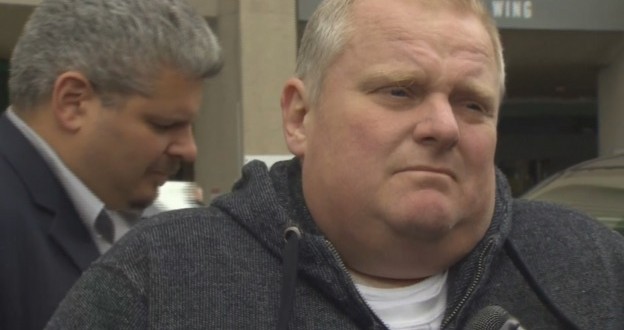 Rob Ford is back in hospital as he continues his battle with a rare form of cancer.

Ford’s brother, Doug, confirmed Wednesday that he was admitted to Mount Sinai Hospital five days ago.

“Rob is in a real fight like anyone that has been facing this terrible disease,” Ford’s brother told CP24. “He needs a little push. Give him a call, say hello, send him an email. That’s what keeps him going, that’s what keeps our whole family going.”

Back in September 2014, doctors found a tumour in Ford’s abdomen, which led to a major surgery to remove it in May. However, in October, Ford discovered he had two cancerous tumours on his bladder and had to start another round of chemotherapy.

Doug Ford says he’s uncertain how long his brother will be in hospital this time.

Web articles – via partners/network co-ordinators. This website and its contents are the exclusive property of ANGA Media Corporation . We appreciate your feedback and respond to every request. Please fill in the form or send us email to: [email protected]
Previous: Vatican newspaper praises ‘Spotlight’ as giving voice to abuse victims
Next: Truvada to prevent HIV approved in Canada, Report