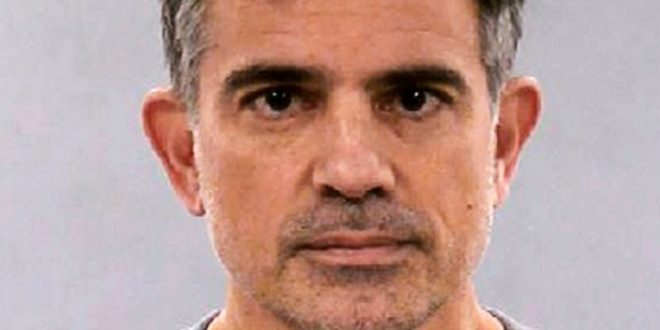 Fotis Dulos will not be out on bail Wednesday after being arrested Tuesday of murder charges in the death of his estranged wife, Jennifer Dulos, because of a paperwork issue, according to an attorney.

Fotis Dulos, his girlfriend and a local attorney appeared in court Wednesday morning for murder-related charges in connection with the disappearance of Jennifer Dulos, a mother of five who has been missing since May.

In the event that 52-year-old Fotis Dulos does posts bond, which he is expected to do, he has been ordered to house arrest.

The court appearance comes a day after Fotis was arrested Tuesday and charged with felony murder, murder and kidnapping in connection with his wife’s disappearance.

His attorney, Norm Pattis, previously said he was “cautiously optimistic” about Fotis Dulos making bail, however, he did say it is very expensive.

In court Wednesday, the judge kept bond the same as what prosecutors were asking for upon his arrest.

The judge also ordered house arrest and said Fotis must not leave his home without permission. He will be refitted with a GPS monitoring device.

Pattis has said that he plans to file a motion to dismiss Fotis Dulos’ charges.

Fotis Dulos’ girlfriend, 45-year-old Michelle Troconis, and local attorney, Kent Mawhinney, have each been arrested on murder-related charges and both appeared in court Wednesday to face conspiracy to commit murder charges.

FOTIS DULOS APPEARS IN COURT
Fotis Dulos was the last of the three to appear in court, arriving in a sport coat, a dress shirt and jeans.

Jennifer and Fotis’ five children have been living with Jennifer’s mother, Gloria Farber, since their mother disappeared and Fotis has been trying to get custody.

On Wednesday, the judge issued a protective order for the Dulos children and Jennifer’s family.

Fotis was also ordered not to have contact with the children’s nanny.

Pattis said they “very much want to try this case.”

He said there is no body, there does not appear to be a crime scene weapon.

“What we have is a suspicious disappearance and an entirely circumstantial case,” Pattis said.

Web articles – via partners/network co-ordinators. This website and its contents are the exclusive property of ANGA Media Corporation . We appreciate your feedback and respond to every request. Please fill in the form or send us email to: [email protected]
Previous: Ottawa shooting: One person killed and three others injured
Next: Fast Furious shooting sentence Wednesday to life in prison