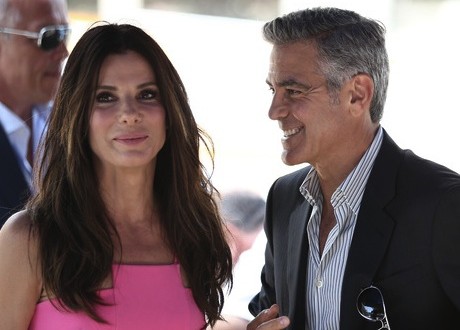 They have a very rare and precious friendship and George Clooney and Sandra Bullock love to tease each other in the media.

During the 2013 BAFTA Awards, the “From Dusk Til Dawn” hunk joked about Bullock’s recent comment that she’s not attracted to him.

The 52-year-old bachelor says, “I saw that. And I called her on it last night!”

He continues, “Let me tell you about Sandy. Yeah, she may say that she’s not all that attracted to me. But she calls every night at three in the morning drunk. ‘Hey George, what are you doin’?’ Nonstop. And then I just send her a bottle of tequila.”

Well, Sandra’s an amazing girl, and George is one hot hunk! So why haven’t they hooked up yet?

According to the Oscar winner, it’s bro code. He says that despite the two having known each other for over 20 years, Sandra was dating one of his best friends.

Web articles – via partners/network co-ordinators. This website and its contents are the exclusive property of ANGA Media Corporation . We appreciate your feedback and respond to every request. Please fill in the form or send us email to: [email protected]
Previous: Tom brady : Newton’s big night lifts Panthers over Pats 24-20
Next: Cindy crawford : Supermodel Naked And Stunning at 47 (PHOTO)