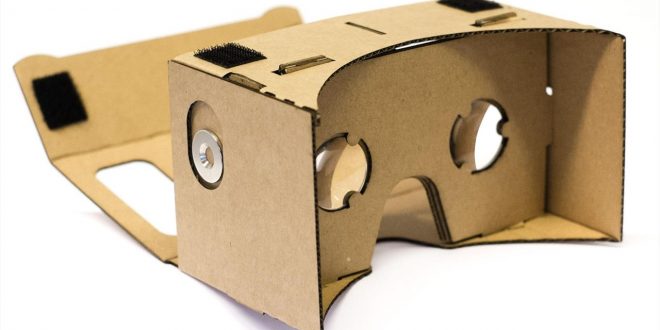 Google will launch an Android VR headset next week, Report

Google will launch an Android VR headset next week, Report

Google is expected to unleash a standalone Android VR headset at the Google I/O 2016 event that will be held next week. Recently, a reference to Android VR was found mentioned in the release notes of recent edition of Unreal Engine 4.12, a suite of tools designed for developing games.

A former technology journalist, Peter Rojas, has managed to get the scoop through his sources.

A series of tweets were posted yesterday from his personal account and several sites were quick to jump on the news.

Android VR will definitely be announced next week, and from what I’ve heard will be less powerful than the Vive or Rift.

The key message seems to be that it will be less powerful than Vive or Rift. This could mean that Google are trying to tackle the mid-level market that Playstation VR are attempting to secure.

What is clear is that this will be a much different project to Cardboard as that can be inserted into any phone Android phone and used on a supported library of games.

This headset, however, is rumoured to be completely standalone. You won’t even need a PC to plug it into.

Correct. Android VR will be a standalone headset. https://t.co/66NibcpfxK

We know Google are onboard with VR and have supported it from the very beginning, but currently Samsung are leading the charge with the Gear going from strength to strength.

Is this Google’s way of trying to go to the next level? We’ll find out for sure next week.

Web articles – via partners/network co-ordinators. This website and its contents are the exclusive property of ANGA Media Corporation . We appreciate your feedback and respond to every request. Please fill in the form or send us email to: [email protected]
Previous: Folic Acid is now being Linked to Higher Risk of Autism, Study
Next: Audiosocket sues ‘Ted Cruz campaign’ over songs in ads