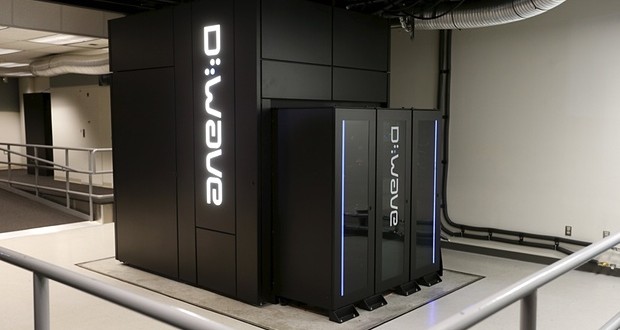 ARE powerful quantum computers finally here? Google is claiming that its D-Wave quantum computer can solve certain problems millions of times faster than an ordinary computer.

Where things get really interesting however, is in the performance of these next-gen quantum machines. During like for like quantum annealing algorithm tests, the quantum computers outperformed normal PCs by a factor of 100 million. Yep, these quantum PCs are capable of performance 100 million times that of traditional PCs. That’s 3,600 times faster than current supercomputers.

A complex algorithm can now be answered in a matter of seconds rather than years. “For a specific, carefully crafted proof-of-concept problem we achieve a 100-million-fold speed-up,” said Google’s director of engineering, Hartmut Neven.

“It is a truly disruptive technology that could change how we do everything,” said Deepak Biswas, director of exploration technology at NASA.

Obviously we’re still some ways away from this ever trickling down to our humble gaming PCs, or indeed whether it could even benefit gaming whatsoever, but it can be fascinating to see the performance advantages they’re trotting out at the very highest end. Up until now it wasn’t conclusively known that quantum computing was even possible, but both Google and NASA say these results are definitive proof. It’s thought the advancements could have a big impact on artificial intelligence.

It’s also worth getting a grasp on just what quantum computing is. It’s based on quantum bits, also known as qubits. In traditional computing ever bit has a binary assigned to it – either 0 or 1. With a qubit, it can represent 0, 1, or both at the same time. It essentially means a qubit can exist in more than one state at any given time, and the more qubits there are the more simultaneous states it can be in. This allows a quantum computer to process information in a way which would be totally impossible on a normal computer.

Web articles – via partners/network co-ordinators. This website and its contents are the exclusive property of ANGA Media Corporation . We appreciate your feedback and respond to every request. Please fill in the form or send us email to: [email protected]
Previous: Marissa Mayer: ‘Yahoo CEO’ gives birth to twin girls
Next: Microsoft launches Windows 10 smartphones in UAE as it targets business users