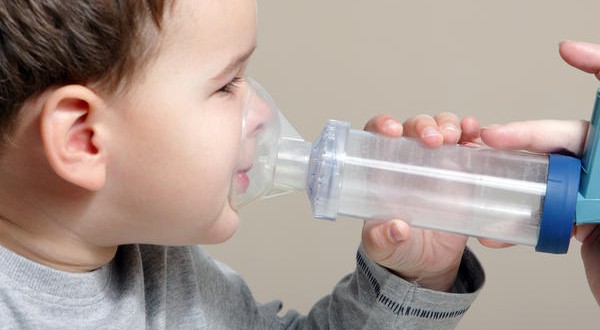 Gut bacteria may protect against asthma in infants, UBC research

Gut bacteria may protect against asthma in infants, UBC research

Parents should stop being so paranoid about bacteria, according to new UBC research that found babies exposed to four types of bacteria have a lower chance of getting asthma.

The researchers, led by senior author Brett Finlay, professor of microbiology and biochemistry at University of British Columbia, report in Science Translational Medicine that children with lower levels of these four bacterial groups at three months old ended up having higher rates of asthma by the time they were 1 year old.

To come to this conclusion, Finlay and his team analyzed the least pleasant of bodily samples — fecal material — from 319 infants to create a picture of the babies’ gut environments. Understanding which microbial residents are there is the first step to understanding what they do and how they might be affecting the child’s health. Finlay identified Faecalibacterium, Lachnospira, Veillonella and Rothia (collectively called FLVR) levels that differed among the infants at three months old and were associated with higher or lower risk of asthma later.

“They were a complete surprise,” he says. “At first we couldn’t find a big difference between asthmatic and non-asthmatic kids. Then we started to dig down to the really fine level and that’s when we found these four.”

Identifying the FLVR group is critical to now figuring out what these bacteria do and how they might be involved in asthma risk. The fact that the babies showed differences in these bacteria at such a young age also generates still-to-be-answered questions about what causes these bacteria to drop down to such low levels. At three months, the prime candidates are the way the baby was delivered, vaginally or by Cesarean section (previous studies have linked C-sections to a lower diversity of bacteria since the baby doesn’t pass through the birth canal), and whether the infant is breastfed and getting some bacterial strains from mom through this method. Or, says Finlay, the mother’s diet and genetics may be playing a role as well. “At three months, these babies are not even getting started in the world yet. So it does point to some emphasis on prenatal, maternal type bugs and maternal behaviors that may be contributing.”

While the work does not establish directly that manipulating levels of these bacteria can actually change the risk of asthma, there is encouraging evidence from mice that may be the case. Finlay and his colleagues bred mice with low levels of FLVR and then treated them with probiotic-like supplements of the bacteria and the animals were protected from asthma.

That supports the idea of conducting more experiments on FLVR and its impact on babies’ health, with the goal of eventually being able to prevent asthma by screening newborns for levels of the bugs and then treating too-low levels with some type of probiotic. “

What we would love to do is prevent this disease,” says Dr. Stuart Turvey, professor of pediatrics at University of British Columbia. “But the caveat is that now, we don’t know a lot about these bacteria.” With these results, that may begin to change.

Web articles – via partners/network co-ordinators. This website and its contents are the exclusive property of ANGA Media Corporation . We appreciate your feedback and respond to every request. Please fill in the form or send us email to: [email protected]
Previous: Lena Dunham: Actress Stops Using Twitter Because of Bullying
Next: Bride Sends Bill to No-Show Guest Whose Babysitter Bailed “Report”