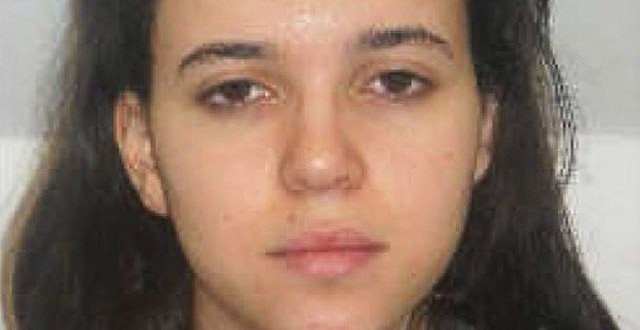 Hayat Boumeddiene, a female suspect, believed to be involved in the hostage crisis that took place in eastern Paris, has escaped, a French police union spokesman said.

President Francois Hollande confirmed that four of Coulibaly’s hostages were dead but no further details or their identities have been released.

Minutes before, police had launched their assault on a printing plant north of Paris in Dammartin-en-Goele, where the Kouachi brothers were hiding with a hostage.

The pair reportedly burst out of the building firing their guns at police after saying they “wanted to die as martyrs”.

They had gone on the run after allegedly shooting 12 people dead at the offices of satirical magazine Charlie Hebdo two days ago and threatened to kill a hostage if police attempted to enter the building.

Security forces had surrounded it for most of the day and after a series of explosions at around 5pm (4pm GMT), Swat teams could be seen on the roof of the building as a helicopter landed nearby.

Audrey Taupenas, a spokesperson for the town near the Charles de Gaulle airport, said the brothers had died in the clash. Their hostage reportedly escaped unharmed.

Their link to 32-year-old Coulibaly, who is suspected of shooting a female police officer dead before taking hostages at the Kosher grocery shop, was unclear.

Police reportedly hacked into the shop’s CCTV system to monitor his actions during the siege, watching him react as he saw his name spread across the media.

An eyewitness to the start of the crisis told Europe 1 radio: “People were buying things when a man came in with a rifle and started shooting in all directions. I ran out. The shooting continued for several seconds.”

Earlier Radio Europe 1 claimed a daughter had received a call from her mother, telling her: “I am in the shop, I love you.”

Coulibaly’s girlfriend Hayat Boumedienne, 26, has also be named by police as a person of interest. It is believed that Ms Boumedienne attended a suspected jihadist training camp in Cantal, a mountainous area of central France.

Web articles – via partners/network co-ordinators. This website and its contents are the exclusive property of ANGA Media Corporation . We appreciate your feedback and respond to every request. Please fill in the form or send us email to: [email protected]
Previous: Hillary Furious : Clinton ‘furious’ over Bill’s ‘part’ in latest sex scandal
Next: Two Ottawa men charged in terror probe : RCMP