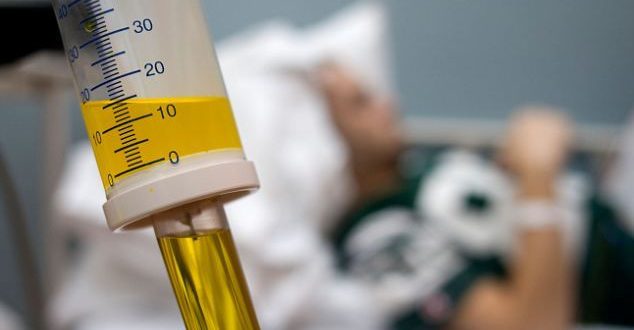 Health Canada has responded to an acute shortage of the cancer drug Fluorouracil by allowing the release 3,608 vials that had been quarantined last fall after reports of leaking vials.

These vials were quarantined as a precaution by the manufacturer last fall, over concerns about broken or compromised containers.

Doctors have now been instructed to check each vial before the drugs are administered.

MacKenzie Hospital in Richmond Hill confirmed to NEWSTALK 1010 on Monday morning that it is rescheduling FU-5 chemo treatments for as many as 35 patients after drugs like Irinotecan, Avastin, Leucovorin suddenly ran out.

Officials with MacKenzie Health say they’re working on securing more of the drugs but blame a shortage of the mediciation that they say has been felt across Ontario.

In a written statement, the hospital says Cancer Care Ontario, the Ministry of Health and Long-Term Care and Health Canada are working on a solution.

There’s been no official comment on what led to the shortage, or how many patients across the province might be affected.

Web articles – via partners/network co-ordinators. This website and its contents are the exclusive property of ANGA Media Corporation . We appreciate your feedback and respond to every request. Please fill in the form or send us email to: [email protected]
Previous: YouTuber spots UFO ‘megaship’ on NASA’s live footage (Video)
Next: Nasa To Create The Coolest Spot In The Universe On Board The ISS