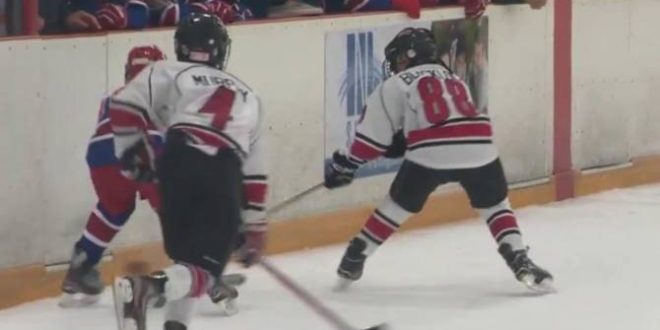 Young hockey players who have suffered concussions may still show changes in the white matter of the brain months after being cleared to return to play, researchers at Western University have found through sophisticated Magnetic Resonance Imaging (MRI) techniques.

“During the early teen years, the brain is still not fully developed and as it continues to grow and mature, it may be more vulnerable to brain injury,” said study author Ravi S. Menon, PhD, of Western University in London, Ontario. “Our findings show the brains of young athletes may need more time to recover, which is important because without full recovery, players may be more susceptible to a second concussion that could cause life-threatening brain swelling and bleeding.”

The study looked at male hockey players, ages 11 to 14 during a six-month hockey season. On average, they practiced twice a week and played at least one game a week. During the season, 17 players were diagnosed with a concussion, most often from falling and hitting the back of the head. Researchers then compared them to 26 healthy players, who had either never had a concussion or had not had one within at least six months.

At the beginning of the study, each player was given thinking, memory, and balance tests. Each player also had a magnetic resonance imaging (MRI) scan of his brain. Those who were diagnosed with a concussion were given an immediate post-concussion assessment with MRI, and 14 players had a follow-up assessment with MRI three months later.

For all players with concussion, scores on the thinking and memory tests returned to normal before the three-month mark. On average, they required 24 days (ranging from 10 to 46 days) to recover and be cleared to return to play.

Compared to the brain scans of healthy players, the scans of the concussed players three months after the concussion showed signs of widespread damage to the white matter of the brain, as well as a 10 percent reduction in molecules associated with metabolism. The scans also showed other areas of the brain trying to create new connections in a possible attempt to recover function.

“More research with MRI is needed to further evaluate our findings because it is critical to understand how and when the adolescent human brain reacts and recovers from concussion,” Menon said. “Current thinking, memory and balance testing may not be sensitive enough. These players were back on the ice when our study suggests their brains still needed time to heal.”

One limitation of this study is that players were cleared to play at different times. Future MRI studies should follow players for a longer period of time to see how long it takes for the brain to heal.

Web articles – via partners/network co-ordinators. This website and its contents are the exclusive property of ANGA Media Corporation . We appreciate your feedback and respond to every request. Please fill in the form or send us email to: [email protected]
Previous: The Dehydration of Water Worlds via ‘Atmospheric Losses’
Next: Crashed alien spacecraft spotted on Mars?