Home » World » Husbands of female breadwinners are most at risk for cheating, New study says 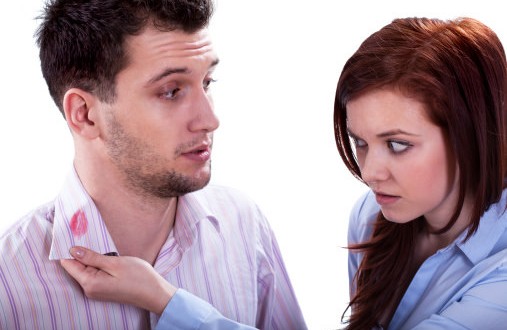 Husbands of female breadwinners are most at risk for cheating, New study

Husbands of female breadwinners are most at risk for cheating, New study says

Husbands of female breadwinners most at risk for cheating.

You may think that bringing home the bacon would earn you some respect from your spouse, but a new study finds the opposite: Spouses who are economically dependent on a breadwinner are more likely to cheat than those in financially equitable relationships.

“You would think that people would not want to ‘bite the hand that feeds them’ so to speak, but that is not what my research shows,” Munsch, an assistant professor of sociology at the University of Connecticut told the school newspaper UConn Today.

Munsch used 10 years of data from the National Longitudinal Survey of Youth, a national survey which asks various questions on relationships, sex, and income. She analyzed the responses of 2,750 married people ranging in age from 18 to 32 years old and found that 15 per cent of financially dependent men were likely to cheat — only five per cent of financially dependent women were.

Munsch’s study suggests men are uncomfortable with not being the breadwinner.

Munsch writes in the study that female breadwinners “challenge the status quo” and could threaten the masculinity of the dependent man. The men then cheat, Munsch suggests, regaining the sexual virility stereotypically associated with masculinity.

Women with high incomes are least likely to have an affair, according to Munsch.

A 2012 Forum Research poll found 12 per cent of Canadians who are married, common-law or in a relationship have been unfaithful. A further 11 per cent declined to answer.

Munsch’s study also suggests the amount of money the man makes relative to his spouse is important. A man who is entirely financially dependent is the most likely to be unfaithful, but that decreases until the man makes about 70 per cent of the family’s income.

The likelihood a man will cheat then increases again as his percentage of the family income increases.

“These men are aware that their wives are truly dependent and may think that, as a result, their wives will not leave them even if they cheat,” Munsch told the university newspaper.

Web articles – via partners/network co-ordinators. This website and its contents are the exclusive property of ANGA Media Corporation . We appreciate your feedback and respond to every request. Please fill in the form or send us email to: [email protected]
Previous: 811 is the new number for Health Link (Video)
Next: Medieval Oxford Nunnery : First images of “sex-crazed” nuns’ skeletons dug up near football ground