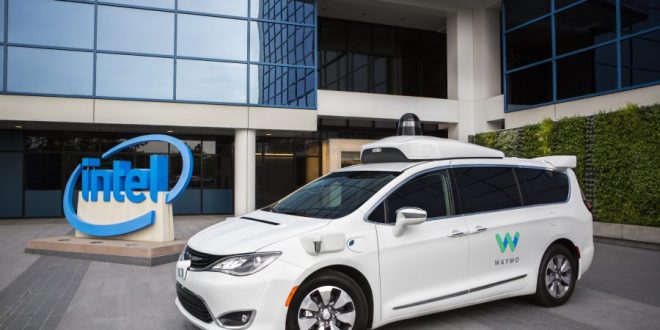 Waymo—the Google self-driving project that spun out to become a business under Alphabet—said Monday it’s using Intel chips as part of a compute platform that allows its self-driving Chrysler Pacifica hybrid minivans to process huge amounts of data so it can make decisions in real time while navigating city streets.

The chip-maker publicly stated today that it has been partnering with Waymo since 2009. Intel has been supplying Xeon processors, Arria field programmable gate arrays (for machine vision), and gigabit ethernet solutions (to let all the various components talk to each other).

“With three million miles of real-world driving, Waymo cars with Intel technology inside have already processed more self-driving car miles than any other autonomous fleet on US roads,” wrote Intel CEO Brian Krzanich in a blog post announcing the news.

Working with Waymo isn’t Intel’s only foray into autonomous driving. For example, Ford went with Intel processors for its autonomous R&D vehicles. Last year, Intel announced that it was partnering with BMW and Mobileye to collaborate on a self-driving car called the iNEXT that would launch in 2021. Then in March of this year, Intel bought Mobileye for $15.3 billion and integrated its own Automated Driving Group into the Israeli company. And in August, Fiat Chrysler Automobiles revealed that it, too, was joining the BMW/Intel autonomous vehicle program.

Obviously, Intel’s rivals aren’t content to leave it alone in this space. Nvidia, in particular, has been working hard on this area, partnering with the likes of Tesla, Audi, Bosch, and others to make its Drive PX the go-to platform for autonomous vehicles.

Web articles – via partners/network co-ordinators. This website and its contents are the exclusive property of ANGA Media Corporation . We appreciate your feedback and respond to every request. Please fill in the form or send us email to: [email protected]
Previous: Toronto police name suspect in Leonard Pinnock shooting (Photo)
Next: Researchers Convert Optical Data into Soundwaves