Home » World » iPhone 6 features : ‘will not be made from sapphire glass’ 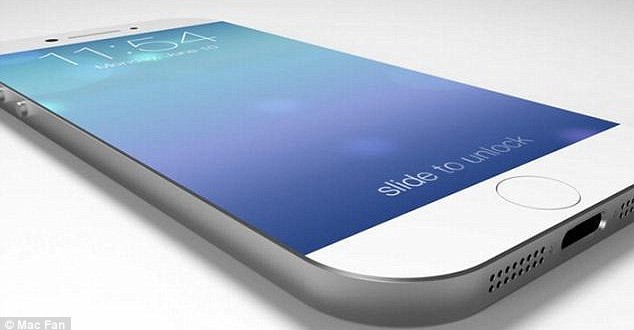 iPhone 6 features : 'will not be made from sapphire glass'

iPhone 6 features : ‘will not be made from sapphire glass’

The iPhone 6 has generated plenty of buzz and a large chunk has been focused on its rumored sapphire crystal display, but what if that was a false rumor?

According to a new report from the Telegraph, Apple may not be able to use sapphire glass to cover their new handset’s full display. Analysts with Trendforce’s LEDinside told the newspaper Apple has not shipped the sapphire material to its manufacturing factories and mass production is expected to begin soon in order to meet a Sept. release.

“The sapphire material is still being applied in new generation Apple smartphones camera lenses and fingerprint recognition readers. If the new iPhone keeps up Apple’s previous smartphone models hot selling records, sapphire demands will be driven by the smartphone’s applications till the end of this year. However, the much anticipated sapphire cover glass remains missing from the picture. Analysis of the iPhone 6 supply chain indicates related component suppliers need to ship products to OEMs for assembly in June 2014 to meet the September launch date. Yet, the research institute did not discover demands for smartphone cover glass. The sapphire glass version new iPhone will be issued in limited volumes this year, mostly because sapphire ingot manufacturers yield rates were lower than forecasts and issues involved in sapphire glass processing.”

The analysts did add, however, that it is still possible Apple could opt to release an iPhone with sapphire glass in limited numbers.

Cult of Mac recently reported those looking to get their hands on the “almost indestructible” sapphire glass would have to shell out enough dough for the 64GB model.

With various reports suggesting Apple may not be able to produce enough of the sapphire displays to meet initial demand, it is entirely possible that only the most expensive iPhone models could include the feature. While some believe it could be limited exclusively to the 64GB version of the 5.5-inch model, Cult of Mac calculates that it’s more likely the 64GB variants of both sizes (4.7 and 5.5 inches) will get the sapphire glass.

Specs rumors for the sixth-generation iPhone include an Apple A8, Near Field Communication (NFC) for mobile payments, Touch ID and an improved camera. The same color options offered in the iPhone 5S (Silver, Gold and Space Gray) have also been tipped in a recent alleged leak.

Web articles – via partners/network co-ordinators. This website and its contents are the exclusive property of ANGA Media Corporation . We appreciate your feedback and respond to every request. Please fill in the form or send us email to: [email protected]
Previous: In The Arctic Ocean, Scientists Measure Waves The Size Of Houses
Next: Mysterious molecules in space, Report