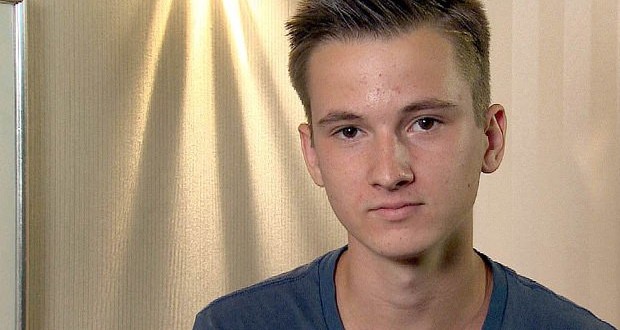 A Brampton, Ont., teenager has become the first pediatric patient in North America to have a benign tumour near his hip removed without radiation or surgery.

Doctors at the Hospital for Sick Children in Toronto used high-intensity focused ultrasound (HIFU) waves, guided by an MRI machine, to burn off the tumour of 16-year-old Jack Campanile two weeks ago.

The procedure uses magnetic resonance imaging to precisely pinpoint the tumour, which is then zapped with heat-destroying ultrasound beams

“We can actually see what’s happening to the tissue adjacent to the bone, so we know we’re on target, and we can also tell the temperature we’re achieving is sufficient to destroy the lesion, but also not damage anything that’s nearby.”

For almost a year, Jack had been suffering with severe pain in his upper leg, which woke him up in the night and often made it difficult to play some of the sports he loves: hockey, wakeboarding and snowboarding.

“It was like somebody Charlie-horsing me over and over again or somebody having my femur bone over top of their knee and trying to shape it into a hockey blade,” he said in an interview Tuesday. “I couldn’t sit still and on a scale of one to 10, it was definitely an eight or a nine.”

Prior to his July 17 ultrasound procedure, the Grade 11 student said he had been taking three or four ibuprofen tablets a day, and estimated he downed about 700 of the painkillers over the course of the year.

“It was like a painkiller schedule that I didn’t ask for.”

When he was presented with the idea of being treated with HIFU, he and his dad, Tony Campanile, embraced the idea because it was non-invasive. Jack’s mom, Robin Shupe, was initially unsure about the procedure, but said the team of specialists provided all the information she needed to quiet her concerns.

Treatment for the non-cancerous bone tumour used to involve open surgery to remove the tumour; that gave way to a less invasive treatment that uses radio frequency waves or laser energy delivered through a needle inserted though the skin and into the bone. But that widely used technique carries the risk of side-effects, including infection, burning of surrounding tissue and bone fracture.

HIFU has been employed for some time in Europe to treat osteoid osteoma, but in North America it is mostly used to remove uterine fibroids and malignant tumours that have spread to the bone.

Dr. Michael Temple, an interventional radiologist who led the team that performed Jack’s procedure, believes MRI-guided focused ultrasound represents a key step in the evolution of treatment for osteoid osteoma.

“We can now treat these tumours without making an incision. It’s actually our hope that we’ll be able to advance this technology to use it in different types of both benign and malignant diseases in children.”

Waking up at home the day after his procedure, Jack discovered his pain was gone — and it hasn’t come back.

“And that was it,” he said. “It felt like somebody flipped a switch, and it was gone.”

Shupe said after a year of seeing Jack in pain, the procedure restored her son to his old self almost immediately.

“We had our boy back the very next day.”

Web articles – via partners/network co-ordinators. This website and its contents are the exclusive property of ANGA Media Corporation . We appreciate your feedback and respond to every request. Please fill in the form or send us email to: [email protected]
Previous: Poor diabetics more likely to lose a limb, Study
Next: Genene Jones Facing Parole Hearing (Video)