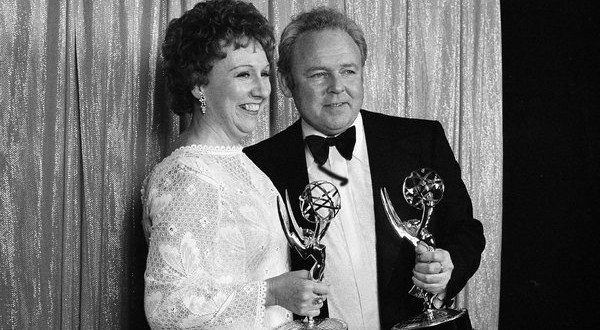 Jean Stapleton, the character actress whose portrayal of a slow-witted, big-hearted and submissive — up to a point — housewife on the groundbreaking series “All in the Family” made her, along with Mary Tyler Moore and Bea Arthur, not only one of the foremost women in television comedy in the 1970s but a symbol of emergent feminism in American popular culture, died on Friday at her home in New York City. She was 90.

Ms. Stapleton, though never an ingénue or a leading lady, was an accomplished theater actress with a few television credits when the producer Norman Lear, who had seen her in the musical “Damn Yankees” on Broadway, asked her to audition for a new series. The audition, for a character named Edith, changed her life.

“She was a very nice woman who was the total opposite of the role she played,” said Peg Yorkin, a friend and the former wife of Bud Yorkin, executive producer of “All In the Family.” “She had been a very serious actress before she took on that role. That show made her famous, but she always remained humble.”

Yorkin, an activist and political fundraiser, added that Stapleton was also a strong feminist, and that her “All In the Family” character became an unlikely standard bearer for women’s rights when the feminist movement was starting to gain traction in the 1970s.

“When I moved out to L.A. to do ‘All in the Family, in the early ’70s, it was at the same time that the feminist movement was just getting starting,” Stapleton said in a 2000 interview. “I was not certainly not an activist at that time, but I gladly supported the [Equal Rights Amendment].”

She was surprised when “ERA supporters used Edith Bunker’s picture in magazine ads with the caption reading ‘Second Class Citizen.’ That summer, I got a call from the White House. I thought it was a joke. But they invited me to be a commissioner at a huge national woman’s convention in Texas. That’s when I met all these fabulous women, strong supporters of the women’s movement: Gloria Steinem, Betty Friedan and more, just wonderful people from all the states. It was very inspiring. And all of that happened just because of the series, because fame struck. Zap, like that.”

At the time of that interview, Stapleton was appearing as another feminist icon: Eleanor Roosevelt. She was portraying the former First Lady in a one-woman show, “Eleanor: Her Secret Journey,” at the Canon Theatre in Beverly Hills. She had also played Roosevelt in a 1982 CBS movie, “Eleanor: First Lady of the World.”

Web articles – via partners/network co-ordinators. This website and its contents are the exclusive property of ANGA Media Corporation . We appreciate your feedback and respond to every request. Please fill in the form or send us email to: [email protected]
Previous: Zodiac killer ted kaczynski : Mystery Has its own Allure
Next: Anastasia “Dee” Dualla Quotes from Battlestar Galactica