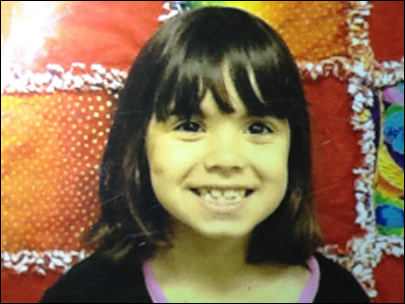 Despite an official hearing on the issue Monday, the parents of slain 6-year-old Jenise Wright still don’t know when they will regain custody of their other three children who were removed by Child Protective Services.

Wright’s parents, Jim and Denise, appeared in court Monday to discuss the status of the three children – a 12-year-old girl and two boys, 8 and 16 – removed from the home the day after they reported Jenise missing, KING 5’s Drew Mikkelson tells KIRO Radio.

While the Wrights could have challenged the temporary order, they agreed to wait until a formal hearing Oct. 14 and 15 in Port Orchard.

Investigators found the 6-year-old’s body Aug. 7 in the woods just outside the mobile home park where the family lives. Neighbor Gabriel Z. Gaeta, 17, was arrested and is held on suspicion of sexual assault and murder.

The siblings have been staying with their maternal grandparents in Bremerton. Authorities have refused to disclose why the children were taken into protective custody Aug.4

The court has allowed the Wrights visitation with the children and they tell Mikkelson they are resigned to waiting for the legal proceeding despite the pain of being separated from their children.

“He (Jim) wants his kids with him so they can share together and grieve together the loss of Jenise,” Mikkelson says.

Web articles – via partners/network co-ordinators. This website and its contents are the exclusive property of ANGA Media Corporation . We appreciate your feedback and respond to every request. Please fill in the form or send us email to: [email protected]
Previous: Jessie Nizewitz : ‘Dating Naked’ cast member sues after crotch-blur fail
Next: Massachusetts man diagnosed with West Nile virus