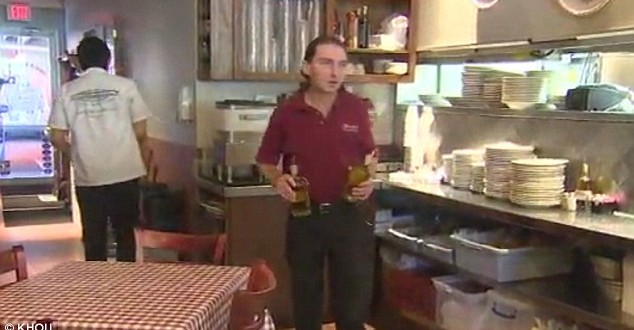 Colleen Gallagher, a Chicago cocktail waitress, received an $11,000 tip from a Massachusetts businessman after she had bared her soul to him about life’s travails.

“This is a miracle, it’s really a blessing,” said the 26-year-old single mother of two. “I’m so thankful for him … [he] changed my life.”

Ms Gallagher, 26, had told him earlier how she was struggling to make ends meet when he asked how life had been treating her.

She sid: “It was very genuine. It was really a great feeling.

“I just kept saying, ‘Why? You don’t even know me.’ He just said, ‘Life’s too short to be feeling blue.'”
She says he wasn’t drunk and he didn’t proposition her. Ms Gallagher plans to put the $11,000 towards a new flat.

“I was really falling down in my life and he just picked me up. He was heaven-sent,” she added.
Mr Boc is co-founder of Meridian Investments in Massachusetts. He didn’t want to comment on the tip, but colleagues say he has a “heart of gold.”

Web articles – via partners/network co-ordinators. This website and its contents are the exclusive property of ANGA Media Corporation . We appreciate your feedback and respond to every request. Please fill in the form or send us email to: [email protected]
Previous: Star Ellen DeGeneres gives waitress a huge tips
Next: Aaron’s final Wish : $500 Tips for Waiters and Waitresses