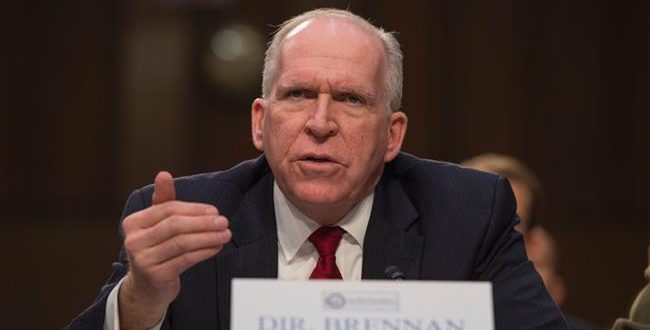 John Brennan, the director of the US Central Intelligence Agency (CIA), has said that it would be a mistake to release the 28 classified pages from the 9/11 Commission report because they contain “un-vetted” information that could implicate Saudi Arabia in the September 11, 2001, terrorist attacks.

John Brennan voiced his support for keeping the notoriously redacted ’28 pages’ in the 2004 text from the public domain for fear of fuelling unfounded rumours.

He insisted the section was “thoroughly investigated and reviewed” by the official inquiry into 9/11.

John Brennan also maintained America had a “very strong” relationship with Saudi Arabia, a country from which 15 of the 19 9/11 hijackers hailed.

“This chapter was kept out [of the public domain] because of concerns about sensitive methods [and] investigative actions,” he said on NBC’s Meet The Press.

He said the report was “a combination of things that are accurate and inaccurate”.

He maintained the inquiry into 9/11 “came out with a very clear judgment that there was no evidence that the Saudi government as an institution, or Saudi officials or individuals, had provided financial support to al-Qaeda.

“I think some people may seize upon that uncorroborated, un-vetted information…to point to Saudi involvement, which I think would be very, very inaccurate,” he said.

Some campaigners believe the redacted pages should be released for public scrutiny. Florida senator Bob Graham, who worked on the report, has pushed for its contents to be released but claimed he was impeded the authorities.

“The 28 pages primarily relate to who financed 9/11, and they point a very strong finger at Saudi Arabia as being the principal financier,” Mr Graham said.

On a separate occasion, he told media: “One thing that irritates me is that the FBI has gone beyond just covering up, trying to avoid disclosure, into what I call aggressive deception.”

But responding to those claims, Brennan said: “I’m quite puzzled by Sen Graham and others.”

Meanwhile, the families of the 9/11 victims are awaiting the outcome of legislation that would allow them to bring lawsuits to the Saudi government over attacks, which has not yet been possible.

The Justice Against Sponsors of Terrorism Act bill has gone through the Senate but is yet to gain approval from the House of Representatives.

Democratic candidates Hillary Clinton and Bernie Sanders have voiced support for the proposed legislation, though President Barack Obama remains opposed to it, in part due to Saudi threats to sell US assets if it goes ahead.

Web articles – via partners/network co-ordinators. This website and its contents are the exclusive property of ANGA Media Corporation . We appreciate your feedback and respond to every request. Please fill in the form or send us email to: [email protected]
Previous: Sony Patents Own Contact Lens Camera, Report
Next: Gerson Galvez: ‘Peru’s most wanted fugitive’ arrested in Colombia