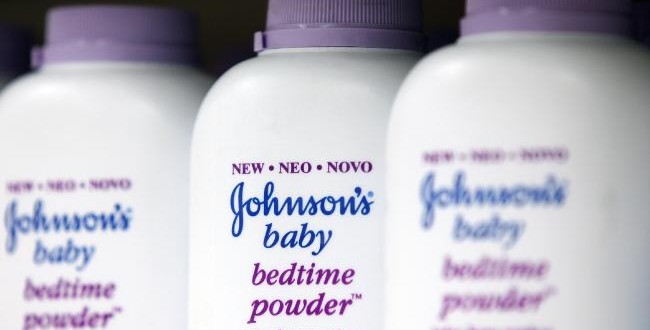 Johnson and Johnson was ordered by a Missouri state jury to pay $72 million of damages to the family of a woman whose death from ovarian cancer was linked to her use of the company’s talc-based Baby Powder and Shower to Shower for several decades.

Jacqueline Fox’s death from ovarian cancer was linked to her use of the company’s talc-based Baby Powder and Shower to Shower for several decades, a court heard.

An attorney for Fox said the jury verdict Monday night, which came after nearly five hours of deliberations at the conclusion of a three-week trial, was the first such case among more than 1,000 nationally.

Marvin Salter of Jacksonville, said his late foster mother had used the brand for decades, saying, ‘It just became second nature, like brushing your teeth. It’s a household name.

Johnson and Johnson faces claims that it, in an effort to boost sales, failed for decades to warn consumers that its talc-based products could cause cancer.

About 1,000 cases have been filed in Missouri state court, and another 200 in New Jersey.

Fox died in October at age 62.

Jere Beasley, a lawyer for Fox’s family, said Johnson and Johnson ‘knew as far back as the 1980s of the risk,’ and yet resorted to ‘lying to the public, lying to the regulatory agencies.’

Allegations of a link between talcum and cancer are controversial, and many cancer experts believe the link is unproven.

Web articles – via partners/network co-ordinators. This website and its contents are the exclusive property of ANGA Media Corporation . We appreciate your feedback and respond to every request. Please fill in the form or send us email to: [email protected]
Previous: Warner Bros. buys Korean drama ‘DramaFever’ SVOD service
Next: BlackBerry buys British firm Encription to bolster cyber security services