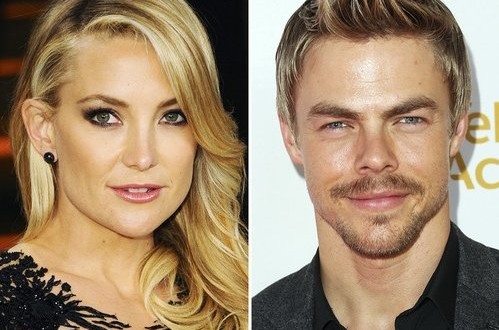 Kate Hudson and Derek Hough have reportedly rekindled their relationship. The two had a brief fling earlier this year.

A source told Us Weekly that the “Bride Wars” actress and Derek Hough had a double date with Derek’s sister Julianne Hough and boyfriend Brooks Laich at U2’s concert. “She hugged him and they kept their arms around each other for a while before actually letting go,” the source said.

The rumored couple went back to The Forum for another U2 concert on Friday, May 29. Another source said, “They were inseparable at the concert together.” Following the concert, the two partied with “Need for Speed” actor Aaron Paul at The Roxy. The source said that they “looked cozy all night.” Prior to attending the concert, the “Dancing with the Stars” pro was caught dropping Kate off at her car in West Hollywood.

Kate Hudson and Derek Hough first sparked dating rumor when they were caught making out just days before Kate called off her engagement with Matthew Bellamy in December 2014. Kate opened up that she maintained close relationship with Matt, with whom she has 4-year-old son Bingham Hawn Bellamy. 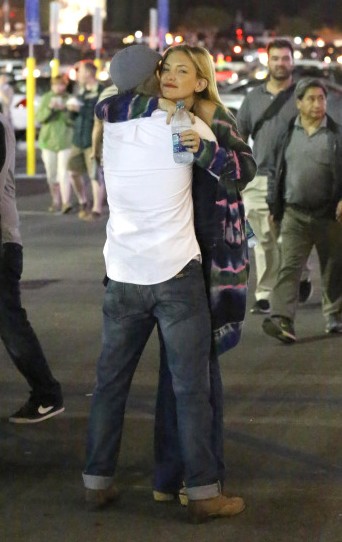 Web articles – via partners/network co-ordinators. This website and its contents are the exclusive property of ANGA Media Corporation . We appreciate your feedback and respond to every request. Please fill in the form or send us email to: [email protected]
Previous: Abby Lee Miller’s Weight Loss: ‘Dance Moms’ Star Goes From a Size 24 to a Size 16 (Photo)
Next: Calgary Motorcyclist hurt in Bow Trail crash