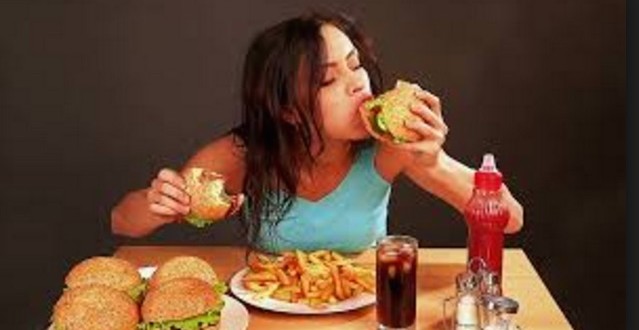 Lack of sleep can make you fat as it trigger the “munchies” lowering self control, according to new research.

Sleep-deprived participants in this study—all young, healthy volunteers—were unable to resist what the researchers called “highly palatable, rewarding snacks,” meaning cookies, candy and chips, even though they had consumed a meal that supplied 90 percent of their daily caloric needs two hours before. The effects of sleep loss on appetite were most powerful in the late afternoon and early evening, times when snacking has been linked to weight gain.

“We found that sleep restriction boosts a signal that may increase the hedonic aspect of food intake, the pleasure and satisfaction gained from eating,” said Erin Hanlon, PhD, a research associate in endocrinology, diabetes and metabolism at the University of Chicago. “Sleep restriction seems to augment the endocannabinoid system, the same system targeted by the active ingredient of marijuana, to enhance the desire for food intake.”

This chemical signal is the endocannabinoid 2-arachidonoylglycerol (2-AG). Blood levels of 2-AG are typically low overnight. They slowly rise during the day, peaking in the early afternoon.

When the study subjects were sleep-deprived, however, endocannabinoid levels rose higher and remained elevated through the evening, beyond the typical 12:30 p.m. peak. During that period, sleep-restricted study subjects reported higher scores for hunger and stronger desire to eat. When given access to snacks, they ate nearly twice as much fat as when they had slept for eight hours.

This increase in circulating endocannabinoid levels, the authors note, “could be a mechanism by which recurrent sleep restriction results in excessive food intake, particularly in the form of snacks, despite minimal increases in energy need.”

“The energy costs of staying awake a few extra hours seem to be modest,” explained Hanlon. “One study has reported that each added hour of wakefulness uses about 17 extra calories. That adds up to about 70 calories for the four hours of lost sleep. But, given the opportunity, the subjects in this study more than made up for it by bingeing on snacks, taking in more than 300 extra calories. Over time, that can cause significant weight gain.”

Obesity and sleep restriction have become extremely common. According to the Centers for Disease Control and Prevention, about a third of Americans get less than seven hours of sleep a night and more than a third of adults in the United States are obese. A 2013 Gallup poll found that U.S. adults sleep an average of 6.8 hours per night. Forty percent of adults report sleeping six hours or less.

Hanlon and colleagues designed the study to help understand how the endocannabinoid system connected short sleep with weight gain. Her team recruited 14 healthy men and women in their 20s as volunteers. The researchers monitored the subjects’ hunger and eating habits in two situations: one four-day stay in the University’s Clinical Research Center during which they spent 8.5 hours in bed each night (averaging 7.5 hours of sleep), and another four-day stay when they spent only 4.5 hours in bed (4.2 hours asleep).

The participants ate identical meals three times a day, at 9 a.m., 2 p.m., and 7 p.m. Researchers measured levels of the hormone ghrelin, which boosts appetite, and leptin, which signals fullness, in their blood. Previous studies have linked high ghrelin and low leptin levels to reduced sleep time and increased appetite.

For the first time, however, they also measured blood levels of endocannabinoids. After a normal night’s sleep, 2-AG levels were low in the morning. They peaked in the early afternoon, soon after lunchtime, then decreased.

After restricted sleep, however, 2-AG levels rose to levels about 33 percent higher than those seen after normal sleep. They also peaked about 90 minutes later, at 2 p.m., and remained elevated until about 9 p.m.

After the period of restricted sleep, study subjects reported a significant increase in hunger levels. This was prominent soon after their second meal of the day, the time when 2-AG levels were highest. Sleep deprived study subjects expressed greater desire to eat. When asked, they estimated that they could eat much more than they predicted the day after a full night’s sleep.

After the fourth night of restricted sleep, subjects were offered an array of snack foods. Despite having eaten a large meal less than two hours before being offered snacks, subjects in the restricted sleep phase of the study had trouble limiting their snack consumption. They chose foods that provided 50 percent more calories, including twice the amount of fat, as when they were completing the normal sleep phase.

These results support “the novel insight that sleep restriction leads not only to increased caloric intake,” but also to “changes in the hedonic aspects of food consumption,” wrote Frank Scheer, PhD, of the Medical Chronobiology Program at Harvard University’s Brigham and Women’s Hospital, in a commentary. The increase in 2-AG following sleep restriction, he added, “may be part of the mechanism by which people overeat.”

Despite the study’s limitations—small size, short duration, limited sampling frequency—the findings are clearly significant and consistent with the epidemiologic evidence, the authors note. They are also “relevant to normal life conditions.”

This tells us that “if you have a Snickers bar, and you’ve had enough sleep, you can control your natural response,” Hanlon explained. “But if you’re sleep deprived, your hedonic drive for certain foods gets stronger, and your ability to resist them may be impaired. So you are more likely to eat it. Do that again and again, and you pack on the pounds.”

Web articles – via partners/network co-ordinators. This website and its contents are the exclusive property of ANGA Media Corporation . We appreciate your feedback and respond to every request. Please fill in the form or send us email to: [email protected]
Previous: Manfred Fritz Bajorat: German man’s mummified corpse found on ghost ship (Photo)
Next: Hubble captures star’s stunning blue bubble “Photo”