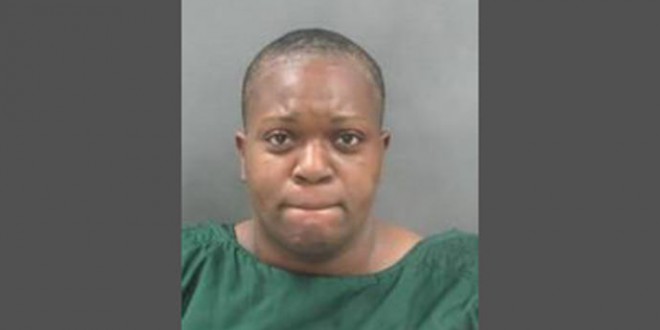 Her violent crimes only came to light after her 10-year-old daughter told the school librarian that she was suffering severe pain in her arm.

Tests at the hospital found that she had been hitting with such force that it had restricted blood supply to her limbs.

Stanley had hit her with a baseball bat for not cleaning the kitchen fast enough.

The 34-year-old from St Louis, USA, also beat her eight-year-old daughter with the bat for spending too long in the shower.

Medical exams on all three children found scarring across their bodies and they all had severe emotional trauma.

They had also been whipped with electrical cords and forced into boiling hot or freezing cold showers.

Before being sentenced to 78 years in jail, assistant circuit attorney Tanja Engelhardt said: “What the defendant did to three of her own children far exceeds the definition of child abuse and amounts to systematic torture.

“She was supposed to be their mother, the one person they could trust.

“Instead she became a symbol of betrayal and fear, using every tool at her disposal to beat and torture her own innocent children.”

In 2013, her husband, Andrew Stanley, was sentenced to 160 years in prison for related charges

Web articles – via partners/network co-ordinators. This website and its contents are the exclusive property of ANGA Media Corporation . We appreciate your feedback and respond to every request. Please fill in the form or send us email to: [email protected]
Previous: Leslie Smith Ear Torn by Jessica Eye : Brutal UFC Match Ends in Female Fighter Losing Part of Ear (Video)
Next: Researchers Report Steep Decline in Number of Polar Bears