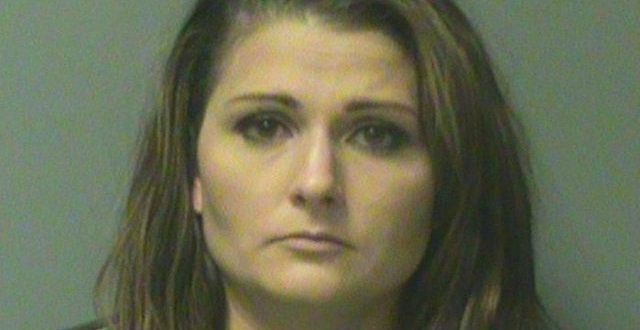 In a real-life home alone scenario, a mother was arrested after leaving her four young children unsupervised while jetting off on a 12-day vacation to Germany, police reported Friday.

Iowa mother Erin Lee Macke, 30, allegedly left her two 12-year-olds, a seven-year-old and a six-year-old on their own while she travelled to Germany.

Local police were called to Macke’s home on September 21 to perform a welfare check to discover she had gone and was not planning to return until October 1.

She had reportedly left no provisions for the care of her children while she was away.

Police tracked her down in Germany and she was taken into custody when she arrived back in Iowa.

She has been charged with four counts of child endangerment and one charge of making a firearm available to a person under the age of 21.

Police said they were shocked by the situation.

“We have situations where parents go next door or parents may go out for the night, and while that’s not advisable either depending on the age of the children, obviously leaving the country is a totally different situation,” Lt Tyler Tompkins of Johnston Police told KCCI.

“This, where a parent has left the country and left the kids home alone, I’ve never heard of it before.”

Macke allegedly told police she could not find babysitters for her children.

They are now in the care of extended family members.

Web articles – via partners/network co-ordinators. This website and its contents are the exclusive property of ANGA Media Corporation . We appreciate your feedback and respond to every request. Please fill in the form or send us email to: [email protected]
Previous: Toy traffic cone found in man’s lung after 40 years (Photo)
Next: Deal: original Samsung Gear IconX for just $50