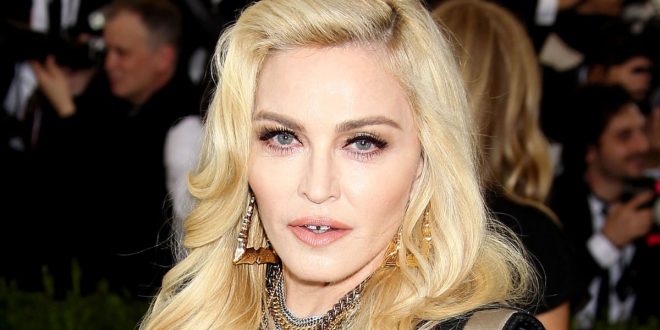 Madonna has started her “next chapter!”

The 59-year-old entertainer announced on Instagram that she has moved to Lisbon, Portugal to work on her upcoming new movie and new music.

The pop star has been making her transition into the European country throughout the summer (17), with Portuguese magazine Visao reporting last month (Aug17) she has obtained a tax identification number in the nation to legally conduct business there.

And on Saturday (02Sep17) the Like a Virgin hitmaker revealed her move is now complete and she is having a blast settling into her new home in Portugal’s capital city of Lisbon.

“I used to be a basket case but now I Live in Lisbon!” she captioned a photo of several pans hanging from the ceiling in her fabulous new kitchen.

American pop queen Madonna left her native state of Michigan for New York City in the late 1970s and she has called the Big Apple her home for four decades until now. The star fell in love with Portugal when she toured there in 2004 and she plans to create inspiring art from her new home base.

“The energy of Portugal is so inspiring,” she gushed in another post. “I feel very creative and alive here and I look forward to working on my film LOVED and making New Music!!! This will be the next Chapter in My Book! It’s time to conquer the world from a different vantage point!!”

Madonna relocated from New York City to Lisbon with her four adopted children from Malawi. In addition to David and Mercy, who she adopted in 2006 and 2009 respectively, she became an adoptive mother to twin girls in February (17).

And it appears the littles ones are settling into life in Portugal very well so far, with reports suggesting 11-year-old David has passed trials at famed Portuguese soccer club Benfica in addition to being accepted into their youth academy.

“David is part of the youth group of the club,” a Benfica insider told Portuguese tabloid Correio da Manha.

Web articles – via partners/network co-ordinators. This website and its contents are the exclusive property of ANGA Media Corporation . We appreciate your feedback and respond to every request. Please fill in the form or send us email to: [email protected]
Previous: Alien Proof? Astronomers Found Bright Radio Bursts Coming From Deep Galaxy
Next: Planets in the habitable zone of Trappist-1 may have water, says new research