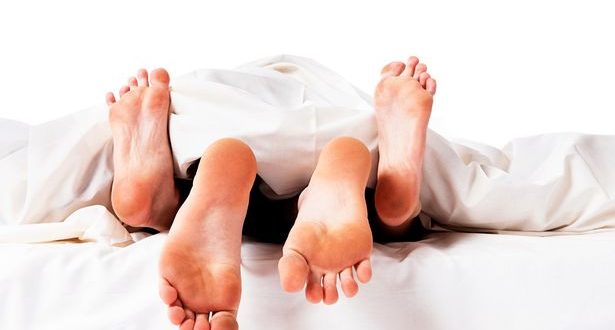 Man loses sight in one eye after vigorous orgasm

Man loses sight in one eye after vigorous orgasm

A 29-year-old man in the UK burst a blood vessel in his eye after an orgasm. Yes, after having eye-wateringly good sex he noticed his vision was impaired and went to the doctor.

First, the patient didn’t exactly go blind, but his vision was legitimately impaired. The man went to the hospital after waking up with vision problems, and admitted to doctors that he’d had “vigorous sexual intercourse” the night before. Upon examination, the doctors found that he had a tiny hemorrhage in his left eye that was blocking part of his vision.

The problem, doctors assumed, was that while having an orgasm, the man had performed the valsalva maneuver—basically, holding your breath and straining your abdominal muscles, which sometimes can prevent you from climaxing—and the resultant pressure buildup popped a blood vessel. The case study published in the BMJ notes that his condition resolved spontaneously (i.e., just wait and it’ll go away), but it’s still a pretty freaky thing to wake up with after a long night of sex.

Watching your blood pressure probably isn’t a bad thing during sex. Orgasms rarely cause permanent damage, so you can’t really have too many, but straining too hard can, as we’ve just seen, sometimes overdo it.

Web articles – via partners/network co-ordinators. This website and its contents are the exclusive property of ANGA Media Corporation . We appreciate your feedback and respond to every request. Please fill in the form or send us email to: [email protected]
Previous: ‘Doomsday’ Asteroid That Could Crash Into Earth (NASA)
Next: Murderous cult leader Charles Manson dies aged 83