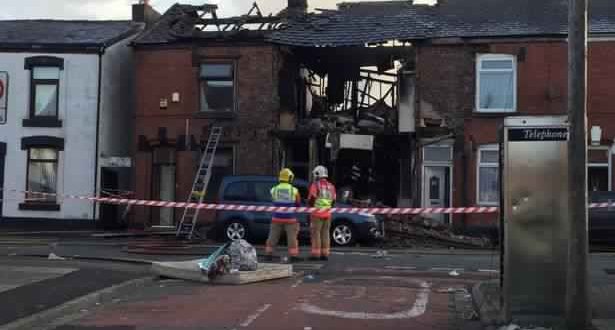 AT LEAST TEN people have been injured following an explosion at a house in Ashton-under-Lyne, Greater Manchester.

A family of three were at home when the blast struck the terraced house in Ashton-under-Lyne, Greater Manchester, at around 5.10am this morning.

A number of people were taken to hospital.

A man of 63, who has not yet been formally named, has since succumbed to his injuries, said Greater Manchester Police in a statement.
Officers attended and discovered a house with substantial damage and a number of injured people, who were taken to hospital.

Sadly, a 63-year-old man has subsequently died as a result of his injuries.

– GMP STATEMENT
Police and fire fighters are currently investigating the circumstances behind the incident.

Web articles – via partners/network co-ordinators. This website and its contents are the exclusive property of ANGA Media Corporation . We appreciate your feedback and respond to every request. Please fill in the form or send us email to: [email protected]
Previous: Highway 40: Tanker explodes, killing driver “Video”
Next: Irene Paquet: Chemainus woman survives 6 days lost in wilderness