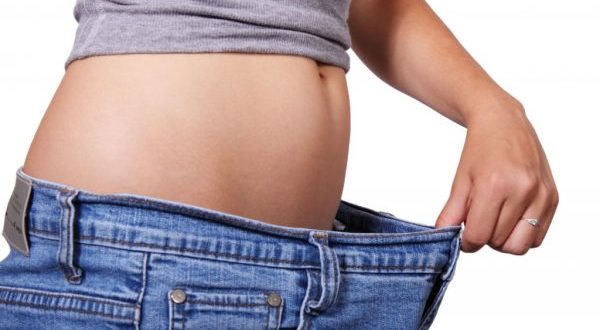 A new study suggests that the United States might have a shot at controlling its obesity problem by simply legalizing marijuana across the entire nation.

Scientists found that people in the study who used marijuana daily had about a 3 percent lower BMI (body mass index), on average, than those who did not use marijuana at all.

“There is a popular belief that people who consume marijuana have the munchies, and so [they] are going to eat a lot and gain weight, and we found that it is not necessarily the case,” said lead study author Isabelle C. Beulaygue, a research support specialist in interventional radiology at the University of Miami.

Previous research on marijuana use and weight had yielded mixed results, the researchers said. For example, in one small study, researchers invited six people to their lab for 13 days. During the first half of the study, the researchers gave the people two to three placebo cigarettes per day, and during the second half, they gave them two to three marijuana joints per day. During the second half of the study, when the participantswere smoking marijuana, they consumed 40 percent more calories than they did during the first half, when they were smoking the placebo cigarettes.

Moreover, the participants gained 6.6 lbs. (3 kilograms), on average, during the second half of the study, according to the study, published in the journal Appetite in 1988.

However, a more recent review, published in 2014 in the journal Innovations in Clinical Neuroscience, suggested a link between marijuana use and lower BMI, which is in line with the new findings.

One of the strengths of the new study was that the researchers controlled for various factors of a person’s lifestyle that can normally affect people’s weight, such as their diet, exercise and alcohol consumption, according to the study. Even after the researchers took these factors into consideration, the link between marijuana use and lower BMI held, the researchers said.

Beulaygue said that the researchers are not advocating for marijuana as a new weight loss tool. Previous research has linked marijuana use to potential health effects on the brain and the heart.

The scientists said they don’t know for sure what mechanism may explain this link. However, previous research has suggested that people who use marijuana regularly may break down blood sugar more quickly, which, in turn, may help to prevent weight gain, the researchers said.

Web articles – via partners/network co-ordinators. This website and its contents are the exclusive property of ANGA Media Corporation . We appreciate your feedback and respond to every request. Please fill in the form or send us email to: [email protected]
Previous: Lenovo Phab 2 Pro delayed to sometime this fall “Report”
Next: Stress may negatively affect likelihood of conception, says new research