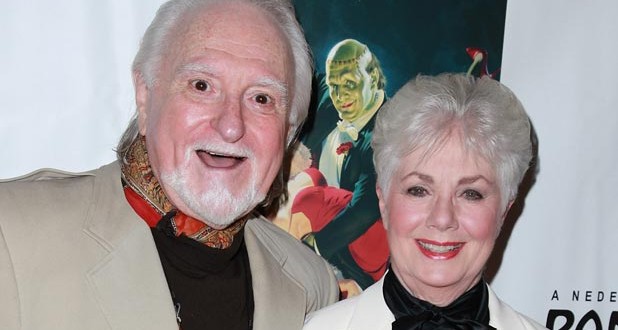 Marty Ingels, a raspy-voiced comedian, actor and talent agent who was married to singer and actress Shirley Jones for nearly 40 years, died Wednesday in Los Angeles. He was 79.

Marty Ingels died Wednesday in Los Angeles after suffering a stroke, Jones’ manager, Milt Suchin, told the Associated Press. “He often drove me crazy, but there’s not a day I won’t miss him and love him to my core,” Jones added in a statement.

Marty Ingles was famous for his raspy voice and was born Martin Ingerman in Brooklyn in 1936. After briefly serving in the Army, he moved to Los Angeles to pursue an acting career, notes Entertainment Weekly.

Marty Ingles became a fixture on TV in the 1960s, appearing in I’m Dickens, He’s Fenster, The Dick Van Dyke Show and Bewitched. He also voiced characters for cartoons and video games. He was even the voice of Pac-Man in the ‘80s TV series. He also began a talent agency called Ingles Inc., working with John Wayne, Orson Welles and Marlon BRando.

In 1974, Marty Ingles met Shirley Jones, who was then starring in The Partridge Family on TV. They got married in 1974 and published a book about their relationship in 1990.

Web articles – via partners/network co-ordinators. This website and its contents are the exclusive property of ANGA Media Corporation . We appreciate your feedback and respond to every request. Please fill in the form or send us email to: [email protected]
Previous: No winning ticket sold for $50 Million Lotto Max jackpot
Next: Talk Talk ransom demand investigated by police ‘Report’