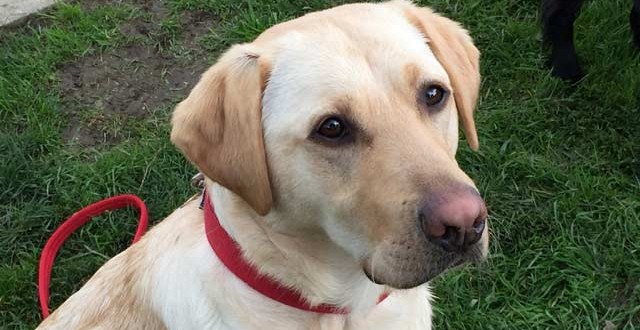 Meet the dogs that can sniff out cancer better than some lab tests.

Dog’s powerful noses have 300 million sensors, compared to a human’s measly 5 million. In addition, dogs have a second smelling device in the back of their noses that we don’t have, called Jacobson’s organ.

CEO and founder of the charity “Medical Detection Dogs”, Claire Guest says inspiration came when her fox red Labrador led her to discover a lump in her breast. “She kept staring at me and lunging into my chest. It led me to find a lump,” Guest recalls. The lump was small and doctors remarked that by the time Guest would have discovered the lump herself the cancer would have been very advanced.

The medical trials have proven to be remarkably successful with Guest stating “We need quick, cheap, non-invasive ways of checking people regularly for cancer. At Medical Detection Dogs, we believe we have developed such a solution. Dogs’ noses can detect parts per trillion – that’s a drop of blood in two Olympic-sized swimming pools. They can smell the odour of cancerous volatiles in urine or breath samples with confidence and in training trials we are recording reliability of up to 93 per cent”.

Guest believes if trials continue to be successful the canine detection tests can be used effectively in conjunction with traditional diagnosis methods to ensure early detection of the disease.

Web articles – via partners/network co-ordinators. This website and its contents are the exclusive property of ANGA Media Corporation . We appreciate your feedback and respond to every request. Please fill in the form or send us email to: [email protected]
Previous: Kate Beckinsale And Len Wiseman Split After 11 Years of Marriage, Source Says
Next: Cyborg rose: Researchers Create Electronic Circuits In Living Roses