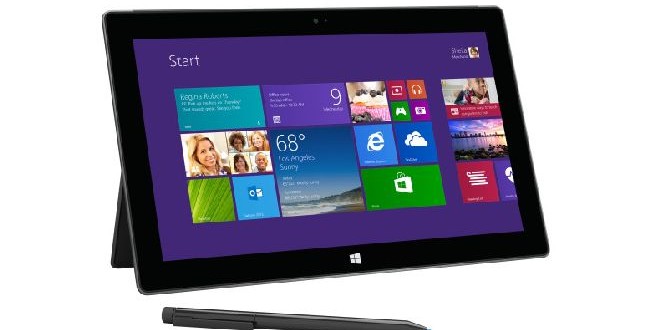 Microsoft has some trouble on its hands with the latest Surface Pro 2 firmware update. The company has abruptly pulled the update after reports of failed installations (and battery issues in instances where the update was successful). Microsoft originally pushed out the new firmware as part of its December package of Surface updates

All these issues were apparently addressed based on consumer feedback. Microsoft later explained that it will be releasing a new update after the festive season instead:

“To ensure the best experience for our customers during the holiday season, we have taken steps to remove the update for Surface Pro 2 that was previously published through Windows Update on December 10th, 2013. We are working to release an alternative update package after the holidays.”

After complaints of poor battery performance, last month, Microsoft released a firmware update for the Surface pro 2 which increased the battery life by a maximum of 25%. The update was meant to give Surface Pro 2 users a smoother experience going into the new year and was designed to improve Surface Cover interaction as well as the power-saving sleep functionality.

Other software tweaks and fixes include increased stability when minimizing heavy-duty applications such as games, a new WiFi driver, optimized two-finger trackpad and better color fidelity for applications.

While many users reported issues with the update, Microsoft said that it was installing correctly and that the error message which appeared after the installation process isn’t an indicator that the update has failed.

Web articles – via partners/network co-ordinators. This website and its contents are the exclusive property of ANGA Media Corporation . We appreciate your feedback and respond to every request. Please fill in the form or send us email to: [email protected]
Previous: Investing ideas for 2014 : 3 money-making investment
Next: Healthy eating costs an extra $1.50 per day: study says