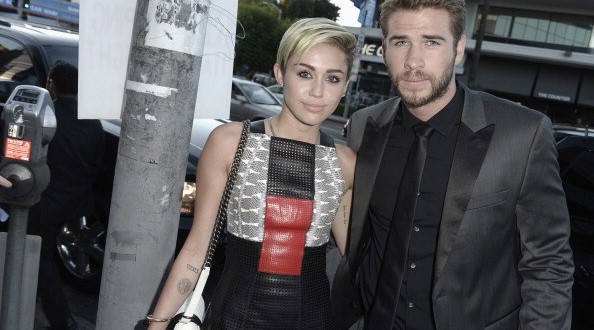 Miley Cyrus and Liam Hemsworth are happier than ever since reconciling and she is already thinking about their wedding.

A source told People that Miley has been “fantasizing about their wedding!” for quite some time now. But the pop princess surprisingly doesnt seem to mind the wait saying, “They don’t have a date. They are moving surprisingly slowly. Miley seems to have matured a lot. In the past, she tended to rush things. She acts much more calm and happy now.”

The source also reveals that the two have stayed together at Cyrus’ house. “Liam is staying with Miley at her new Hidden Hills house,” the source shares. “He has been filming ‘Independence Day: Resurgence’. When Liam is off, he and Miley have spent time together at home.”

It is also said that the “Wrecking Ball” hitmaker is trying her best to make “The Hunger Games” actor happy by being “low key.” The source adds, “They haven’t been out in public, because Liam doesn’t like the paparazzi chaos.”

Cyrus and Hemsworth sparked reconciliation rumor back in January when they were spotted spending time together in Australia, where they reportedly locked lips. A few weeks later, Cyrus fueled the speculation as she was spotted wearing a diamond ring which was similar to her engagement ring from Hemsworth.

Web articles – via partners/network co-ordinators. This website and its contents are the exclusive property of ANGA Media Corporation . We appreciate your feedback and respond to every request. Please fill in the form or send us email to: [email protected]
Previous: Experts spot bugs in toys that could expose personal data
Next: Nature Conservancy of Canada Celebrates World Wetlands Day