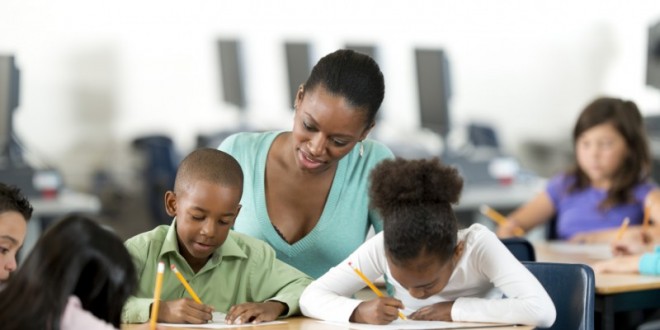 Minority Teachers Quitting : The number of black teachers has dropped in nine US cities, Study

Minority Teachers Quitting : The number of black teachers has dropped in nine US cities, Study

The Albert Shanker Institute released a major report on the state of teacher diversity. The report shows that, nationally, progress toward greater diversity is being made, but it is quite modest compared with the need for more minority teachers. In the nine cities studied—Boston, New York, Washington, D.C., Philadelphia, Chicago, New Orleans, Cleveland, Los Angeles and San Francisco—the teacher-diversity picture is much bleaker, with only a few pockets of progress surrounded by serious setbacks.

American Federation of Teachers President Randi Weingarten, who is the Shanker Institute’s board president, said, “Diversity is a key component to equality and opportunity. Where there’s a diverse teaching workforce, all kids thrive. That’s why we note with alarm the sharp decline in the population of black teachers in our cities. As a first step to turning this around, we are calling for a national summit on teacher diversity in urban areas.”

Here are some key findings from the report:

In all nine cities, the share of the workforce represented by black teachers declined—in many cases dramatically. The population of black teachers has fallen by even larger numbers.

Although Latinos’ share of the teacher workforce remained stable or grew slightly, the growth in Latino student population means very little progress has been made in closing the teacher-student representation gap.

The representation gap is more pronounced in charters than in district schools.

Nationally, the research shows the biggest obstacle to greater teacher diversity is teacher attrition: Minority teachers are leaving, the evidence tells us, because of a lack of collective voice in decisions in their schools and a lack of professional autonomy.

All students benefit from a diverse teaching force.

Web articles – via partners/network co-ordinators. This website and its contents are the exclusive property of ANGA Media Corporation . We appreciate your feedback and respond to every request. Please fill in the form or send us email to: [email protected]
Previous: Paul Zerdin: British ventriloquist wins America’s Got Talent
Next: Male Motorcycle rider dies after collision with streetcar