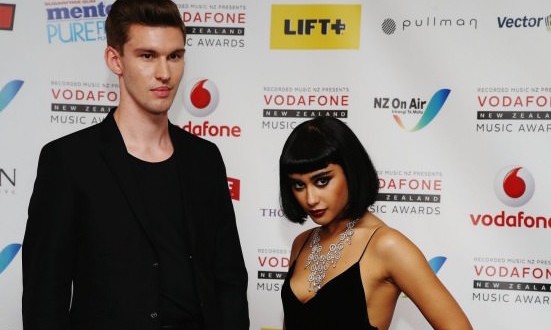 “The X Factor New Zealand” judge Natalia Kills has unleashed a curse-laden tirade at the audiences, which included children, during the audition taping on Tuesday night. According to witnesses, the English songstress didn’t hold back when she told the audience to shut up.

Stuff reports that members of the crowd then started to leave the filming, with some mothers complaining about the swearing.

X Factor New Zealand publicist Jeane Mowatt said: “During a long day of filming, The X Factor NZ judge Natalia Kills expressed frustration at the behaviour of some sections of the audience.

“Her words were not well chosen, and both Natalia and TV3 apologise for any offence caused.”

It is then thought that Kills left the stage after her outburst and filming was halted.

Kills was announced as a judge on the reality show earlier this year. She sits on the judging panel alongside husband Willy Moon, a singer.

She recently revealed that she has worked on eight new songs with Madonna, after they were pictured in the studio together.

Web articles – via partners/network co-ordinators. This website and its contents are the exclusive property of ANGA Media Corporation . We appreciate your feedback and respond to every request. Please fill in the form or send us email to: [email protected]
Previous: Researchers find cancer in man who died 4500 years ago
Next: Taylor Swift Dons Lingerie For The Victoria’s Secret Fashion Show (Photo)