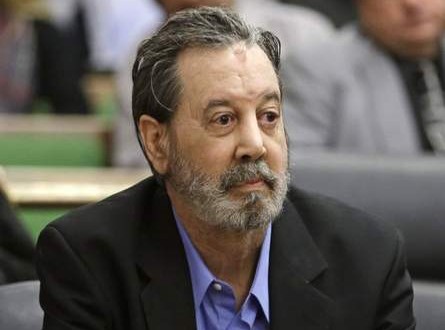 The swindler and big-time political contributor known as Bobby Thompson has been sentenced to 28 years in prison by a Cuyahoga County judge.

Thompson is the identity stolen by John Donald Cody, who established the U.S. Navy Veterans Association in Tampa, Fla. He solicited donations in 41 states, including Ohio from 2002 until he disappeared in 2010. And he made political donations, primarily to Republican candidates over the years.

Thompson’s scheme bilked donors in 41 states, including Ohio. He was charged with looting the United States Navy Veterans Association, a charity he ran in Tampa, Florida. After fleeing authorities, he was finally arrested last year in Portland, Oregon.

State Attorney General Mike DeWine – whose office prosecuted Thompson – says justice has been done. He adds that his staff will try to recover the donated money and make sure it goes to veterans, in the spirit it was given.

“Americans are very charitable,” says DeWine. “They want to help their fellow man, they certainly always want to help their veterans. The fact you’ve a scam artist out there who was able to scam people in Ohio of over $2-million…and it shakes people’s faith in any legitimate group that calls.”

And while the prosecution originally wanted 41 years behind bars for Thompson, DeWine says the term handed down could, quote – “conceivably be a life sentence.”

Web articles – via partners/network co-ordinators. This website and its contents are the exclusive property of ANGA Media Corporation . We appreciate your feedback and respond to every request. Please fill in the form or send us email to: [email protected]
Previous: Famous inventions : Sara Blakely of Spanx, Smooth Operator
Next: Multivitamins not tied to memory or heart benefits : studies find