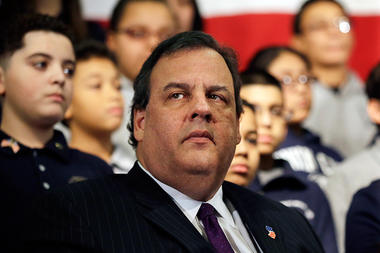 The U.S. attorney in New Jersey will open an inquiry into claims that public officials orchestrated a massive traffic snarl on the busy George Washington Bridge to settle a political score, the New York Times reported on Thursday.

The report appeared just minutes before Gov. Chris Christie, a possible Republican White House contender, was due to address the brewing scandal over his staff’s role in orchestrating the traffic jam after a local mayor declined to endorse Christie’s re-election bid.

“I terminated her employment because she lied to me,” he said.

The announcement comes a day after documents subpoenaed by state lawmakers showed a member of Christie’s senior staff told a onetime Port Authority official in an email that is was “time for some traffic problems in Fort Lee” in August just weeks before the controversial lane closures.

According to the documents, Kelly sent David Wildstein, a former top executive at the authority, the email, to which he replied, “Got it.”

Wildstein, a former editor of PolitickerNJ, since resigned from the Port Authority along with one of Christie’s top appointments to the bi-state agency, former state Sen. Bill Baroni.

Christie has said previously on numerous occasions that no one in his administration or on his campaign staff was involved in the lane closures.

Web articles – via partners/network co-ordinators. This website and its contents are the exclusive property of ANGA Media Corporation . We appreciate your feedback and respond to every request. Please fill in the form or send us email to: [email protected]
Previous: ‘Wahlburgers’ premiere party is a sell out an hour
Next: Swearing toddler taken into protective custody (VIDEO)