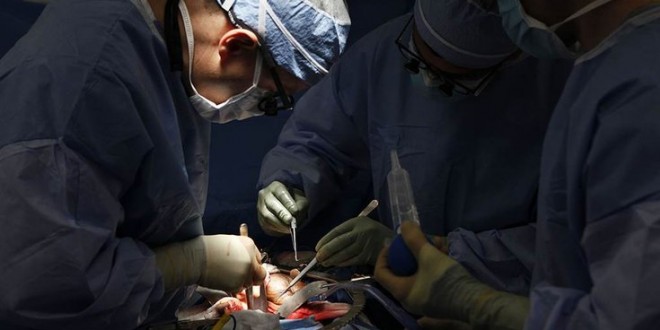 A new method, which alters a person’s immune system, could offer a breakthrough in transplant surgery allowing patients to receive kidneys from incompatible donors, experts have revealed.

Patients who received such kidneys were more likely to be alive eight years later than those who remained on dialysis or those who waited for a deceased donor, according to research published in the New England Journal of Medicine. Experts say the breakthrough could help tens of thousands of people who have antibodies hostile to transplanted organs, which makes finding compatible kidneys almost impossible in some cases.

“We used to say if you had a compatible donor, you could do a transplant. Now you can say, if you have an incompatible donor, we still can make that transplant happen,” senior study author Dr. Dorry Segev of Johns Hopkins University tells Reuters. “That’s very exciting to those on the waiting list.”

The chances of rejection remain higher with the “incompatible” kidneys, but the research shows that getting a new organ quickly outweighs the benefits of spending years on dialysis waiting for a compatible one. Segev says “desensitization” comes at a cost—up to $20,000 for the procedure and thousands more every year for drugs —but it is extremely cost-effective when compared to $100,000 a year for dialysis. (This woman received a kidney from a friend’s Tinder date.)

Web articles – via partners/network co-ordinators. This website and its contents are the exclusive property of ANGA Media Corporation . We appreciate your feedback and respond to every request. Please fill in the form or send us email to: [email protected]
Previous: ‘Wire’: Skype co-founder Janus Friis launches ultra-private messaging, with video
Next: Big Brother Canada season 4: The second evictee of the season comes as another shock