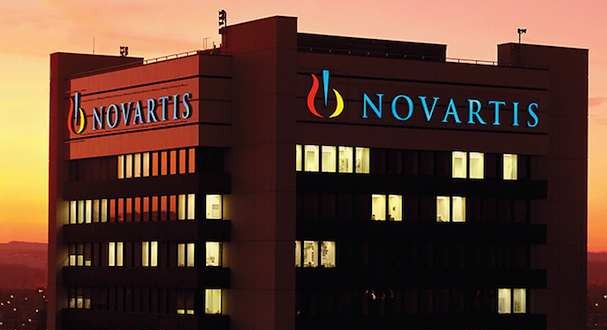 A new drug could be a breakthrough in the treatment for heart failure.

On Saturday, the New England Journal of Medicine released the results of a report showing the drug lowered the risk of death from cardiovascular causes, and hospitalization for new heart failure by 20 percent.

“I think that when physicians see these data, they will find it compelling, and what we will see is a paradigm shift,” said Dr. Milton Packer, a professor of clinical sciences at the University of Texas Southwestern Medical Center in Dallas and one of the two principal investigators in the study.

The results are being presented at the European Society of Cardiology congress in Barcelona, Spain, this weekend and were published Saturday by The New England Journal of Medicine.

Heart failure is a disease in which the heart cannot pump enough blood to the body’s organs, resulting in shortness of breath, fatigue, and retention of fluids. It can be caused by a heart attack, uncontrolled hypertension, or other problems.

Some 5 million to 6 million Americans, and an estimated 26 million people globally, have heart failure, and it is the leading cause of hospitalization in the United States and Europe, according to a recent paper in the Journal of the American College of Cardiology. Many patients die within a few years of diagnosis.

Some doctors not involved in the study agreed the results were compelling.

“They are not just positive, they are remarkably positive and positive in every dimension,” said Dr. Clyde W. Yancy, chief of the cardiology division at Northwestern University’s Feinberg School of Medicine. “Patients with heart failure are eager, if not desperate, to have better options.”

Novartis executives say the company will file for approval of the drug, known by the code name LCZ696, in the United States by the end of the year and in Europe in the first quarter of 2015. That means the drug could get to patients as early as next year.

Novartis had said in March that the study was being ended early because the drug had been better than the comparator drug. But until Saturday, it was not known exactly how much better.

That is important not only for doctors but also for Wall Street analysts, who are trying to predict the drug’s future sales, expected to be billions of dollars annually.

As a proprietary drug, LCZ696 is likely to be expensive. Existing drugs are generic, and insurers might balk at paying for the new drug unless the evidence that it is more effective is compelling.

The study, sponsored by Novartis, involved more than 8,400 patients in 47 countries who were randomized to receive either LCZ696 or enalapril, one of a class of drugs called ACE inhibitors that have been the standard treatment for heart failure.

More than 90 percent of the patients in both arms of the trial also used a drug called a beta blocker, and many used other drugs, as their doctors saw fit. Some had implanted defibrillators.

The patients were followed for a median of 27 months before the trial was stopped. By that point, 21.8 percent of those who received LCZ696 had died from a cardiovascular cause or had been hospitalized for worsening heart failure. That figure was 26.5 percent for those receiving enalapril. That represents a 20 percent relative reduction in risk using a statistical measure called the hazard ratio.

LCZ696 was relatively well tolerated, though patients who clearly could not tolerate the specified doses of either LCZ696 or enalapril were eliminated from the trial in advance. LCZ696 caused more hypotension, or too-low blood pressure, than enalapril but fewer kidney problems.

Dr. Marc A. Pfeffer, a cardiologist at Brigham & Women’s Hospital and Harvard Medical School who was not involved in the trial but has done research funded by Novartis, said it was impressive that LCZ696 could improve on existing therapy.

“It really is an advance, and we haven’t had one in a long time because the bar really is high,” he said.

LCZ696 is a combination of two drugs. One is valsartan, the blockbuster heart drug that Novartis sells as Diovan, which relaxes blood vessels. The other component is an inhibitor of an enzyme called neprilysin.

Web articles – via partners/network co-ordinators. This website and its contents are the exclusive property of ANGA Media Corporation . We appreciate your feedback and respond to every request. Please fill in the form or send us email to: [email protected]
Previous: US : NASA approves $7 billion rocket
Next: About Martha, the last of the passenger pigeons, Report