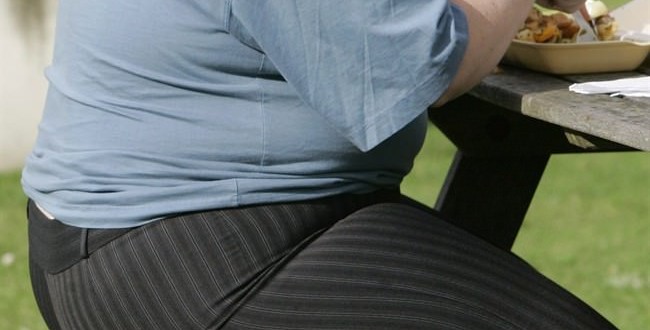 New national guidelines for doctors say family physicians have a much more active front-line role to play in the battle against obesity.

“If you don’t have the numbers (to compare weight gain), you have no idea what’s going on,” says Brauer, a University of Guelph associate professor of family relations and applied nutrition.

Adult obesity in Canada has almost tripled in the past 40 years, with 67 per cent of men and 54 per cent of women now overweight or obese, the task force says.

She pointed to Hamilton as a good example of this, with its “strong family health teams with healthy living programs.”

The other strong guideline recommendation is for doctors to screen obese and overweight people for diabetes and put those at risk into a lifestyle program.

“You can actually prevent the diabetes … don’t wait until you get it to deal with it.”

Society must pay more attention to obesity as a health issue, and family doctors — “the backbone of our health system” — have an important role in managing it, she said.

“Obesity is a large and complex problem,” she added. “There aren’t going to be any quick-fix options. Our guidelines are part of the bigger conversation.”

But a significant number of family doctors already keep track of their patients’ weights, she says, and doctors have only a small impact on obesity.

“It really is a societal problem.”

Shaw and McMaster professor and doctor James Douketis have both researched weight loss guidelines with the task force.

Web articles – via partners/network co-ordinators. This website and its contents are the exclusive property of ANGA Media Corporation . We appreciate your feedback and respond to every request. Please fill in the form or send us email to: [email protected]
Previous: Minnesota City Hall Shooting : Two Police Officers Shot, Suspect Dead in New Hope
Next: Edgar Froese : Tangerine Dream star Dies At Age 70