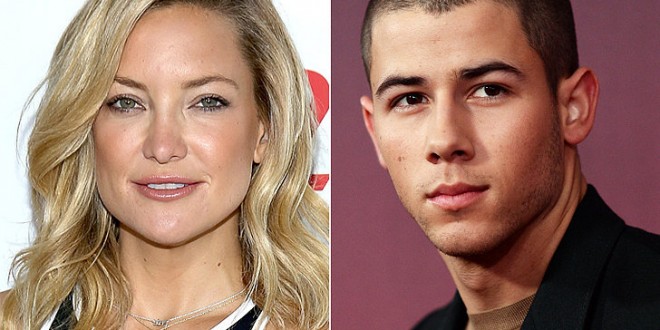 Nick Jonas: Singer Says He Had "A Beautiful Connection" With Kate Hudson

Nick Jonas: Songwriter Says He Had “A Beautiful Connection” With Kate Hudson

Nick Jonas and Kate Hudson have an “unbelievable connection”.

The actor/singer/songwriter was quizzed about his rumoured romance with Hudson by Complex magazine.

Instead of flat out saying yes or no, he danced around the (admittedly very forward) question about whether the pair had had sex, saying that they ‘admire’ each other.

He said: ‘You know it’s interesting. You’re allowed to ask me whatever the f**k you want and I’ll answer it, or not.

‘Kate’s incredible. We had an unbelievable connection as two humans who just admire things about each, and see something in each other that’s beautiful.

‘Out of my best effort to respect her and her privacy, I’m not going to say if we had sex or not. But we did have a beautiful connection. Even now I have so much admiration and respect. She’s amazing.’

He also revealed he is ‘very much single’.

Speculation about Kate and Nick started in September when they were spotted hanging out together at Disney World in Florida. She reportedly went to see Jonas perform at the House Of Blues later the same day.

Nick was previously dating Olivia Culpo, but they ended things in June last year. He was later linked to model Kendall Jenner.

Web articles – via partners/network co-ordinators. This website and its contents are the exclusive property of ANGA Media Corporation . We appreciate your feedback and respond to every request. Please fill in the form or send us email to: [email protected]
Previous: Stephanie Seymour: Model due in court; faces new charges “Police”
Next: Holly Rowe: Sports reporter to have second tumor removed from chest “Report”