Home » World » Nouel Alba sentenced to 8 months in Newtown : collected only about $240 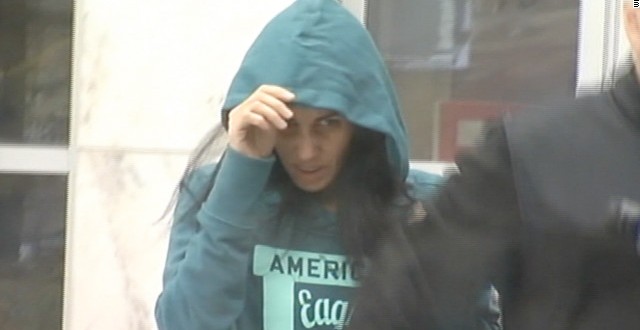 Nouel Alba collected only about $240

Nouel Alba sentenced to 8 months in Newtown : collected only about $240

A Bronx resident who prosecutors say set up a Paypal for donations in the wake of the Newtown massacre has been charged with identity theft and scheming to defraud by the state. In January, Nouel Alba had already been indicted for lying to FBI agents, but on Tuesday she was slapped doubly by the Bronx District Attorney’s office.

According to the federal complaint, the same day that 26 teachers and children were murdered at Sandy Hook Elementary, Alba posted to Facebook that she was the aunt of one of the victims. The following day, December 15, Alba allegedly posted on her Facebook that she had set up a funeral fund.

Speaking at times through tears, Mattioli asked U.S. District Court Judge Michael P. Shea to impose a sentence of 26 months, one for each of the Newtown school victims.

“Her actions were anything but gentle,” Mattioli said. “They were immediate, intrusive, exploitative, disgusting, and they added to my feeling of victimization.”

Prosecutors acknowledged that Alba collected only about $240 through her efforts and repaid it.

But special assistant U.S. attorney Jonathan Francis argued for prison time, saying Alba’s actions had caused emotional harm to the community and created a chilling effect on charitable giving.
“It’s a callous, calculating attempt to profit off the murder of children,” he said.

Mattioli contrasted Alba’s fraud and the actions of a man who had delivered food to his front door in the days after the shooting and asked for nothing in return.

“He chose love; she chose evil,” he said.

Defense attorneys had argued in their sentencing memorandum for probation, saying Alba had suffered enough at the hands of the media as “something of a stand-in for the actual perpetrator of the Sandy Hook massacre.”

Alba has been hounded by the press, has lost her friends, has been unable to maintain a steady job and is facing foreclosure on her home, they said.

Alba declined to speak at the hearing. Defense attorney Gary Weinberger compared her to a Colonial-era criminal put in the stocks to have fruit thrown at her.

“She was and has been made into an incredible pariah,” he said.

The judge said he took into account Alba’s position as a single mother of two children, including one with autism, when passing sentence. He said he wanted to make it clear she was not being punished as a proxy for the shooter.

He said a prison sentence was necessary because of the psychological damage inflicted by Alba’s actions and to deter others from committing similar frauds.

“The attempt to profit from a national tragedy,” he said, “was outrageous.”

Web articles – via partners/network co-ordinators. This website and its contents are the exclusive property of ANGA Media Corporation . We appreciate your feedback and respond to every request. Please fill in the form or send us email to: [email protected]
Previous: Yorkshire Terriers : Car Stolen With Owner’s Dog Inside
Next: Singer Tina Turner to relinquish American citizenship