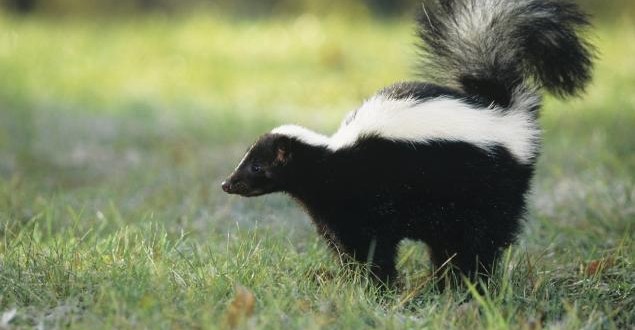 Nuisance skunks in Buffalo were trapped and killed by city officials

Nuisance skunks in Buffalo were trapped and killed by city officials

Residents of a Buffalo, N.Y., neighborhood plagued by skunk odors now know what caused the stink: Trapped critters that were shot and stored at a shuttered police station.

The Buffalo News reports (http://bit.ly/18myscv ) that the city’s public works commissioner confirmed Monday that humanely trapped skunks have been taken to an old police station in South Buffalo, where they’re shot and stored in outdoor freezer until they can be incinerated.

Residents say they complained about the smell months ago but were told by city officials that skunks weren’t being killed inside the building. Later, they were told only a few skunks were killed there by lethal injection.

One neighborhood leader has dubbed the community scandal “Skunkgate.”

Web articles – via partners/network co-ordinators. This website and its contents are the exclusive property of ANGA Media Corporation . We appreciate your feedback and respond to every request. Please fill in the form or send us email to: [email protected]
Previous: Man rode away on bicycle after trying to pay bill with cocaine
Next: Jonathan Trappe went from Maine to Newfoundland