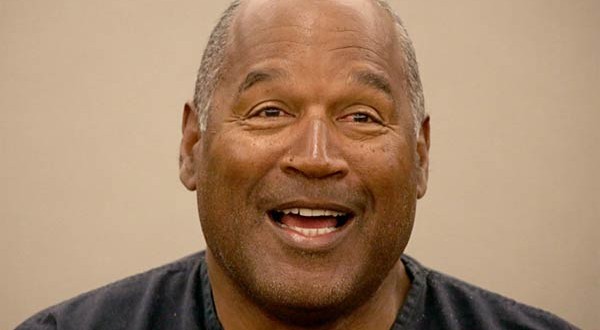 The jailed former football legend, who is serving out a kidnapping, assault and robbery sentence in a Nevada prison, is undergoing secret medical exams for a cancerous tumor in his brain and is convinced he hasn’t got long to live, The National Enquirer reports.

Simpson, 66, reportedly wrote a letter appealing to Obama for relief from his 33-year sentence for kidnapping and robbery, the Times says. Citing the Mirror News, the Times reports that Simpson is being tested for a tumor on his brain to determine whether he has cancer. The report says Simpson is convinced that he is will die soon.

Simpson’s health has been deteriorating for years since his imprisonment, the Times reports. He’s gained weight, suffers from blurred vision, diabetes, stuttering and failing hearing. At one point, doctors warned him to avoid sweets or else his diabetes would cause more health problems, the Times reports.

Web articles – via partners/network co-ordinators. This website and its contents are the exclusive property of ANGA Media Corporation . We appreciate your feedback and respond to every request. Please fill in the form or send us email to: [email protected]
Previous: Gold Medalist Nancy Kerrigan Joins NBC’s OIympics Coverage
Next: Freddie Mac : Mortgage survey rates edge up to start 2014