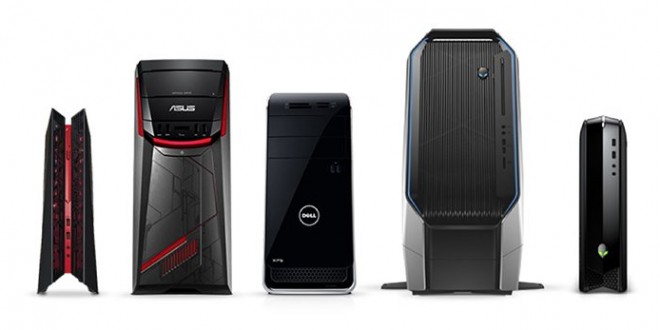 You can now buy an Oculus Rift and a new computer system capable of running it from participating PC makers offering pre-order bundles. Best Buy, Amazon and the Microsoft Store are now selling slightly discounted bundles that include a Rift VR headset, important cables and a PC that meets the system’s minimum recommended specifications.

Pricing starts at $1,499 for the Asus G11CD-B11 bundle which includes a desktop powered by a quad-core Intel Core i5-6400 processor alongside 8GB of memory and an Nvidia GeForce GTX 970 graphics card. If you recall, the recommended specs from Oculus VR call for an Intel Core-i5 4590 or greater, at least 8GB of RAM and an Nvidia GTX 970 / AMD 290 equivalent or better.

On the opposite end of the price spectrum is the Alienware Area 51 bundle. For $3,149, you’ll get a desktop loaded with Intel’s Core i7-5820K processor (six cores, 12 threads), 16GB of RAM and an Nvidia GTX 980 video card. This configuration also comes with a 128GB SSD and a traditional 2TB hard drive.

Web articles – via partners/network co-ordinators. This website and its contents are the exclusive property of ANGA Media Corporation . We appreciate your feedback and respond to every request. Please fill in the form or send us email to: [email protected]
Previous: I-70 in Glenwood Canyon Closed After Rock Slide “Photo”
Next: Eighty-four cats and dogs seized from breeding and boarding facility in Surrey, Report