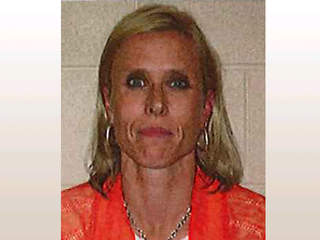 AVON LAKE, Ohio – The wife of North Ridgeville’s police chief was sentenced to ten days in jail after she was convicted of shoplifting on two separate occasions.

Defense attorney J. Anthony Rich said Freeman, 42, is undergoing counseling and has repaid the Kohl’s store in Avon for the clothing and shoes she was caught stealing.
“She’s taken responsibility for this,” Rich said. “She obviously feels terrible for what she’s put her family through.”

The Sept. 16 arrest at Kohl’s was Freeman’s second in less than a year. She was first charged with theft on Nov. 19, 2012, when she was caught shoplifting health and beauty products at the Avon Target.

In both instances, Avon police reported that Freeman’s young son was with her when she was caught.

After his wife’s arrest last year, Mike Freeman drove to the Avon Police Department and became upset that his wife was booked, Avon Police Chief Richard Bosley has said.
Mike Freeman has denied he was upset because of his wife’s arrest, but rather that Avon police kept his wife and child together in a holding area. North Ridgeville Mayor Dave Gillock determined the chief’s reaction was unbecoming conduct and reprimanded Freeman, ordering him to undergo anger management counseling.

Elaine Freeman pleaded no contest to theft in March for her November arrest and was fined $250.

Web articles – via partners/network co-ordinators. This website and its contents are the exclusive property of ANGA Media Corporation . We appreciate your feedback and respond to every request. Please fill in the form or send us email to: [email protected]
Previous: Hottest Tech Gifts of 2013 for the Holidays
Next: MLB Trade : Yankees rejected offer for Reds second baseman Brandon Phillips